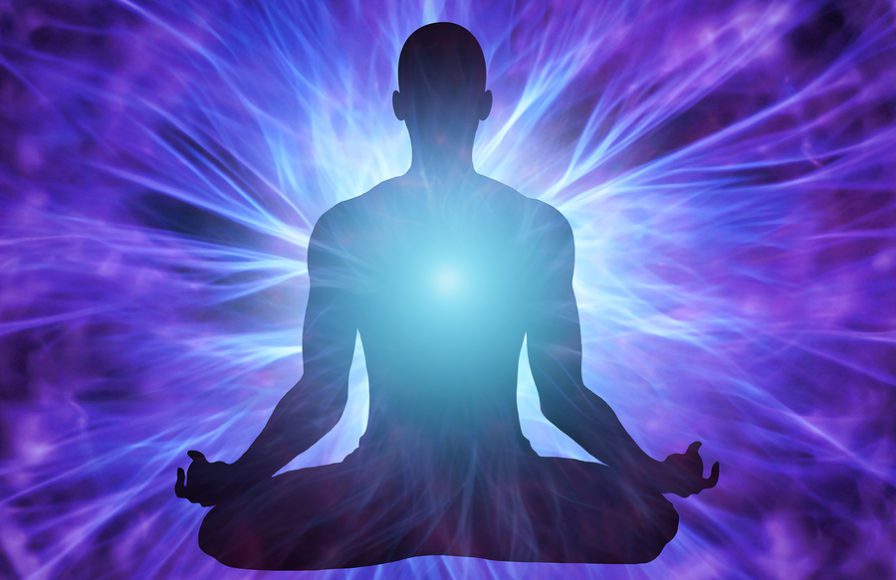 A spiritual awakening is one that transcends the self and establishes a connection to the universe in a profound and meaningful way. It is a feeling of oneness and unity with all things. It is possible to have this kind of spiritual experience during meditation. People who regularly practice meditation report experiencing a higher reality that is “more real” than everyday perceptions.

The Science of a Spiritual Awakening

We often think spirituality is something intangible and that the experience of a spiritual awakening could never be proven scientifically. Not so fast. Recent scientific studies have shown the spiritual experience can be seen in the brain. 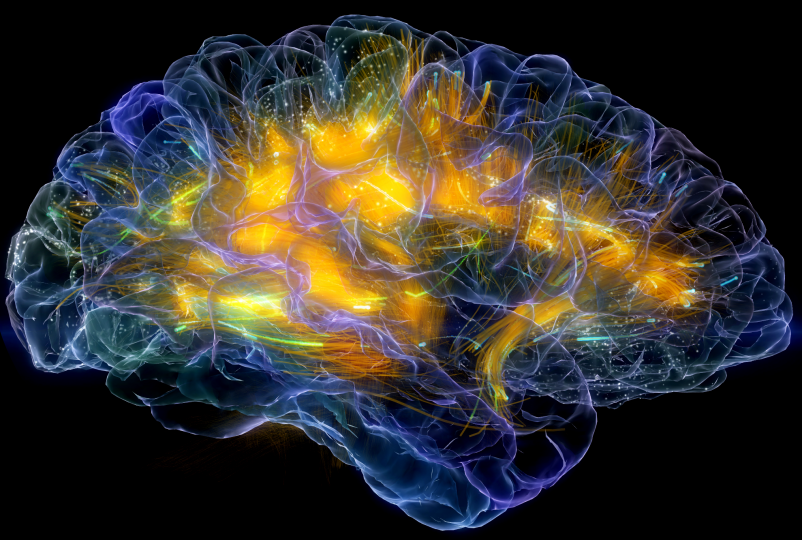 Neuroscientist Dr. Andrew Newberg in his latest book, “The Metaphysical Mind: Probing the Biology of Philosophical Thought,” applies the scientific method to spirituality through brain imaging studies. He scanned the brains of meditating Buddhists, praying nuns and chanting Sikhs undergoing mystical experiences. They reported feelings of timelessness, spacelessness, and transcendence. Newberg correlated these mystical feelings with increased activity in the frontal lobes and reduced activity he saw in their parietal lobes. Over time he discovered that the practice of meditation was actually changing the way the brain functions.

Newberg conducted another study with older participants who were experiencing memory issues. Newberg took baseline scans of their brains, then asked them to practice a mantra-based type of meditation for 12 minutes a day for eight weeks. At the end of the eight weeks, they came back for another scan, and Newberg found some astonishing results. Many of the participants said that they were thinking more clearly and were better able to remember things after eight weeks of meditation. Remarkably, the new scans and memory tests confirmed their claims. The data indicates that long-term meditation could slow memory loss in an aging brain. Spiritual awakening and meditation have been proven to lower depression, anxiety, stress and improves memory and concentration.

“They had improvements of about 10 or 15 percent,” Newberg says. “This is only after eight weeks at 12 minutes a day, so you can imagine what happens in people who are deeply religious and spiritual and are doing these practices for hours a day for years and years.” — Andrew Newberg, M.D. neuroscientist and Professor in the Department of Integrative Medicine and Nutritional Sciences and the Director of Research at the Marcus Institute of Integrative Health at Thomas Jefferson University Hospital, previously an Adjunct Professor of Religious Studies and a Lecturer in Psychology in the Biological Basis of Behavior Program at the University of Pennsylvania.

What Happens to Your Brain During a Spiritual Awakening

Another study identifying the spiritual experience with the parietal cortex was published in the journal Cerebral Cortex. In it, Oxford University professor Lisa Miller unravels the neurobiological processes that take place inside the brain during a spiritual awakening.

To conduct the study, researchers recruited 27 young adults. They were each asked to recall a time when they had a spiritual experience. This helped build what researchers called their “imagery script.” Volunteers were asked to recall stressful and peaceful experiences. One week later, participants were put into an fMRI machine and made to listen to a recording of a neutral female voice, who recounted their experiences back to them.

The neurological pattern exhibited when a spiritual experience was recounted was the same across all volunteers. While more activity was shown in the parietal cortex (i.e. increased attention), less activity occurred in the left inferior parietal lobe. This region is responsible for self-awareness and awareness of others. Researchers believe this is why we lose ourselves during a spiritual awakening, in union with the divine. The medial thalamus and caudate, areas which process sensory input and emotions, also displayed reduced activity.

Psychiatry and neuroscience professor Marc Potenza, said, “Spiritual experiences are robust states that may have profound impacts on people’s lives. Understanding the neural bases of spiritual experiences may help us better understand their roles in resilience and recovery from mental health and addictive disorders.”

Miller and colleagues found that a spiritual awakening and depression shared the same pathway, which they called, “two sides of the same coin.” Also, habitual spiritual practices they found, seemed to thicken the prefrontal cortex, while depression thinned it. This is the part of the brain responsible for executive function, planning, behavior modification, and self-explanation.

What is interesting about their latest study, is that researchers were able to identify the neural mechanisms that take place during any spiritual experience, regardless of what background or religious or cultural tradition the person came from. Still, it used a very small participant pool. These results are promising. One wonders, if and when the neurological origins of the spiritual experience are in fact proven, will it have a profound effect on religion or spirituality, and if so, what?

The Science of Om Chanting

Scientists recently conducted a study of the Om (Aum) mantra and documented that it creates a distinctive vibration throughout the body. What was really remarkable was that the study showed the effects from the Om mantra had profound mental and physical changes. Ajay Gurjar from Sipna’s College of Engineering & Technology, Amravati University in Maharashtra, India conducted this study into the Aum mantra (aka OM mantra). 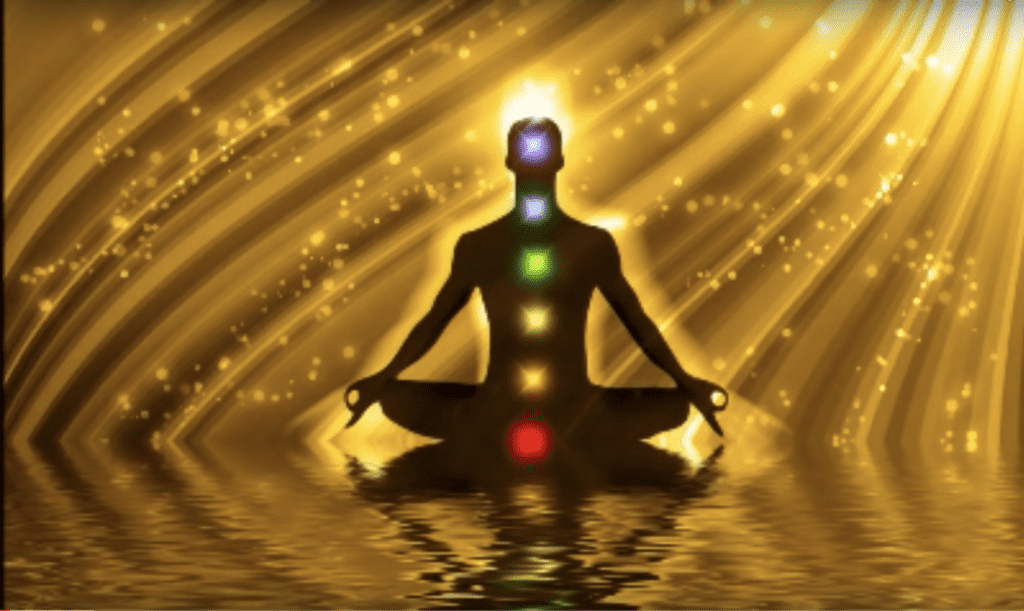 Gurjar found that chanting “aaaaa”, creates a vibration of the nervous system in the stomach and chest region. Chanting “ooooo” creates sensations in the throat and chest. Chanting “mmmmm” resonates with the nasal cavity as well as the brain region.

This video shows how the Aum mantra is done:  https://www.youtube.com/watch?v=UiSkMxltu00

The image below is an excerpt from a research paper entitled Time-Frequency Analysis of Chanting Sanskrit Divine Sound “OM” Mantra. It shows the waveform of A-U-M mantra made up of three syllables.

The participants who had never chanted the Om mantra were asked to chant it for a few minutes and each of their chants were recorded. The time-frequency analysis of it showed irregular waveforms which indicated unsteadiness in the mind.

They were asked to chant the mantra on a regular basis and after a few days, the audio recordings were repeated. The time-frequency analysis this time had some startling revelations. The waveforms were improved with regular spacing, had almost perfect symmetry.

Not only had these participants witnessed dramatic improvements in focus, concentration, and balance, but they found themselves with an overwhelming sense of well-being, calmness and felt a reduction in stress.

These studies describe the benefits of meditation and chanting, which is a form of meditation. The people who were tested were both long-time practitioners and those who had never meditated. The results were surprisingly significant.

Meditation is perhaps the most common practice in the journey of awakening. Its effectiveness cannot be denied, as evidenced by the results of the above experiments. A person’s negative thoughts and the resulting negative emotions and feelings they spawn are the principal cause of human suffering. Most people identify with their thought stream as who they are, and they seldom question where these negative thoughts, feelings, and emotions come from. Our genetic heritage and our conditioning before and after birth are the primary sources. Our primitive brain, sometimes called the reptilian brain has the primary job of keeping us alive and safe.

These thoughts are based on fear, separation, competition, control, and manipulation to get what we need to stay alive and propagate our species.  Thoughts such as these allow for little regard for others, and often result in anger, confusion, and conflict; this is suffering. It has been called the egoic mind; it’s the voice in your head.

You may be familiar with these thoughts that are based on lack: “I’m not good enough; I don’t have enough; you’re not good enough; life sucks – it should be different than it is.” Are these thoughts familiar? These negative thoughts create hatred, blame, resentment, greed and other negative emotions.  When you think these kinds of thoughts it is important to recognize that these are coming from the egoic mind, the conditioned mind. The egoic mind can be considered the false self. This is not who you truly are.

Being able to minimize the strength and frequency of your thoughts is the purpose of meditation. When you are able to create some space between thoughts through regular meditation, it enables you to observe them. This you that is able to observe thoughts is the real you or the true self. Otherwise, if you aren’t observing your thoughts, you are probably merging or identifying with them. When you are identified with a thought, you are the thought. The expression “lost in thought” is most profound. There is no real you when you are lost in thought, just the conditioned you. 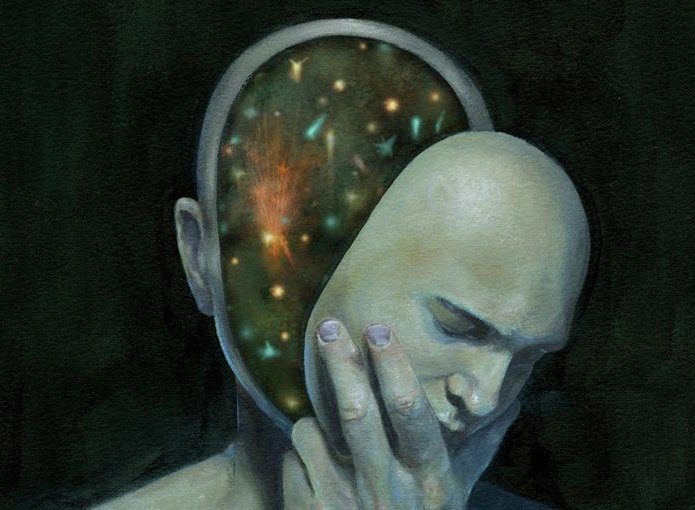 When you are not caught up in thoughts about yourself, you enter into the pure experience of the moment. When the sense of “I” is no longer your focus, you become the all-inclusive, unlimited true self. You become the universe. And if that experience lasts long enough, you will feel love, peace, joy, and gratitude, because that is the true self’s experience of life.

More information on spiritual awakening can be found in the Toward Awakening section of our website.

How Enlightenment Changes Your Brain

Can You Create Your Own Material Reality?

Learn more about this subject on our Science and Consciousness Page