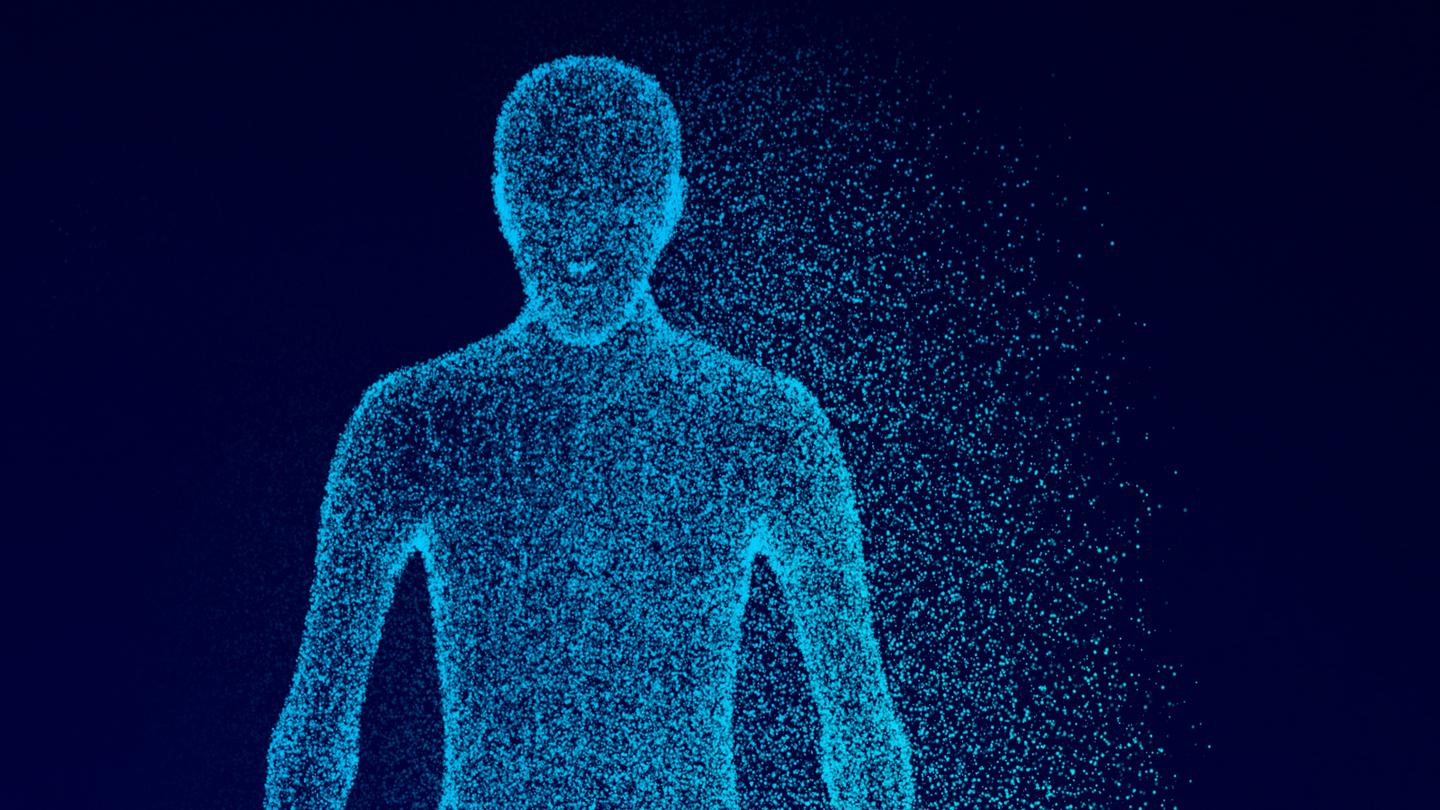 You Are a Community of 50 Trillion Living Cells

Your body is made out of about 50 trillion cells and those cells are living entities so you are a community, not simply a single person. Each cell is a living individual, a sentient being that has its own life and functions but cooperate with other cells like a community. The new science of nanotechnology is allowing us to see that every cell in your body has a negative voltage on the inside and positive voltage on the outside.

“Every living cell is made up of many individual bioelectric units that generate energy in an array, similar to a Tesla electric car battery that packs thousands of battery cells to manage energy safely and provide fast access to very high current. (UCLA, 2019) These cells have about 1.4 volts each. 50 trillion cells times 1.4 volts is 700 trillion volts of electricity. It turns out that mitochondria and Teslas, with their many small batteries, are a case of convergent evolution.”

—from a UCLA study published in 2019 by Orian S. Shirihai, M.D. a professor of medicine in endocrinology and pharmacology at the School of Medicine at the University of California, Los Angeles, 2019

Change How You Think, and What You Think Changes

When our cells experience a negative environment such as an abusive childhood, a dysfunctional relationship or a toxic boss, the cells are impacted negatively. Cells go into survival mode and become more concerned with protection than growth. Alternatively, if the cells perceive a safe, healthy and vibrant environment, full of praise, positivity, and love, those cells will then thrive. When cells are not in protection mode, they are in growth mode.

Surprising new research about the brain’s functioning reveals that all of the cells of your body are affected by your thoughts. The new field of epigenetics is transforming our understanding of the link between mind and matter, and the profound effects it has on our personal lives and the collective life of our species.

What is Epigenetics and How Does it Affect Us?

Epigenetics is the study of cells and genes and the impact that the environment may have on turning these genes on or off, and in turn, defining how our cells read those genes. Breaking that down in layman’s terms, epigenetics is the theory that your environment, your beliefs, and your behavior affects the genetic behavior of our bodies and the life you experience. This new science in unveiling the true potential of the human mind, and the wisdom of the cells in our body. The theory of epigenetics takes us from victim to creator; we are very powerful in creating and unfolding the lives that we lead.

Bruce Lipton is a cell biologist and author of The Biology of Belief: Unleashing the Power of Consciousness, Matter & Miracles. In this book, Lipton demonstrates how our thoughts control our cells and thereby the outcomes of our lives. Lipton was one of the first scientists to present the concept of epigenetics. It is now accepted and validated by the scientific community.

There is much scientific evidence that reveals the the beneficial effects of meditation and positive thinking have a major impact on cell regeneration and healing. You can read more about this in Cell-Level Healing: The Bridge from Soul to Cell, by Joyce Whiteley Hawkes, Ph.D. in Biophysics and Electron Microscopy

Our cells have a memory and if this can be accessed we can actively assist in our health and well-being. In Cell-Level Healing: The Bridge from Soul to Cell, biophysicist Dr. Joyce Whiteley Hawkes shows us how we can work with our bodies through our cells to support them in their repair and renewal.

One of the most powerful influences on our health is our mind. You may have heard of the placebo effect but you may be less familiar with the nocebo effect. The placebo effect is our response to the belief that we’ve received a catalyst for healing. For more on this see the study published by NIH, 2018 Implications of Placebo and Nocebo Effects for Clinical Practice. The placebo effect happens when a patient is given a sugar pill and feels better; however, it was the mind that believed this was a healing agent. The nocebo effect was also proven when a patient was given a negative attitude about their treatment and thus experienced a negative outcome. A negative thought is equally as powerful in controlling your health.

“Negative thinking can cause every illness and even cause us to die. Health is controlled not so much by genes, but by the mind.”

“Negative attitudes and feelings of helplessness and hopelessness can create chronic stress, which upsets the body’s hormone balance, depletes the brain chemicals required for happiness, and damages the immune system. Chronic stress can actually decrease our lifespan. Scientific evidence shows that stress shortens our telomeres, the “end caps” of our DNA strands, which causes us to age more quickly.”

—Barbara Fredrickson, Ph.D., is the Kenan Distinguished Professor of Psychology and the principal investigator of the Positive Emotions and Psychophysiology

All animals and plants use vibrations to communicate (Frontiers in Ecological Evolution, June 2019). Animals emit signals to convey information about such things as lurking predators, food sources, and potential mates. According to U.C. Berkeley Neurobiologist Damian Elias, the study of vibration communication is gaining momentum as scientists realize just how ubiquitous it is. Elias studies the vibrational communication of spiders. “We have no idea how the majority of life on earth is using these vibrations, says Elias, you start listening in on them, and it’s like getting a window into this secret world.”

Dr. Bruce Lipton explains it this way: the gazelle doesn’t approach a lion assuming they are friends because at that distance the gazelle can feel the lion’s malicious vibrations. If we were taught at a young age to listen to our vibrations we would be less likely to find ourselves in bad relationships and bad places. All organisms communicate by vibrations and instinctively know if they’re in a safe place or a dangerous place by sensing the vibrations. We, humans, have that ability but are not trained to use it.

How Sound Vibrations Work in the Aum Chant

A study conducted on the effects of the Aum meditation was published here. The image below shows a smoothing out of the sound vibrations as subjects practiced the Aum meditation. Not only had these participants witnessed dramatic improvements in focus, concentration, and balance, but they found themselves with an overwhelming sense of well-being, calmness and felt a reduction in stress. Read more about this on our blog post The Science of Meditation and Spiritual Awakening.

You Are Connected to Everything

We were taught to believe that we are made up of particles, of solid matter, but that’s an illusion because we are actually interacting waves of particles. That’s why one person can affect another person just by being in the field.

“Quantum physicists are studying vibrational communication, not the physical. In quantum physics we don’t study the particle, we study the waves. And we study how the waves interact. We look at their constructive interference and their destructive interference. All of the waves together are called the field. So you are made out of atoms but you also are the field. You are connected to everything because you can’t separate waves.”

Your Thoughts are not Contained in Your Head

Mainstream scientists contend that consciousness is produced inside the brain, and when the brain dies its consciousness dies as well. This is a false belief. As recently as 2019, scientists confirmed that a single-cell organism can learn, remember, solve problems and make decisions, all without a brain or neurons. This study was published in Current Biology, December 5, 2019. Therefore, consciousness CAN work without the brain. Consciousness is non-local. This is explained further in this video: Heather Barnett: What humans can learn from semi-intelligent slime.

People are not particles; they are waves, and waves become entangled with each other. The people in your lives are quantumly entangled with you. Perhaps you’ve had an experience where you thought about someone that you haven’t seen in a year, and the phone rings with that person on the line. Our brains are an intricate network of neurons and synapses transmitting electrical signals that become memories, commands, and ideas. And when these neurons transmit data back and forth, they, in turn, create brain waves, or synchronous oscillations that aggregate and transfer information across different segments of the brain. (Brain Basics, National Institute of Neurological Disorders and Stroke, 2019)

Scientists are beginning to have huge successes with brain-to-brain interfaces (BBIs). This research is being conducted at Princeton, Carnegie Mellon University, The University of Washington, and Duke University. Technologies are being developed to build more advanced, convenient interfaces. These groundbreaking discoveries being developed will allow telepathic communications with wireless devices, control prosthetics, and communicate in mind-blowing ways.

An example of quantum entanglement is extrasensory perception (ESP). Included in the broad category of ESP are precognition, clairvoyance, telepathic communication, intuition, and remote viewing. Many scientists in the past claimed this was complete nonsense. However, recent discoveries have proven that this isn’t just fantastic pseudo-science. It’s real! The Rhine Research Center has published several studies on remote viewing and the Modified Ganzfeld Protocol designed to improve the ability to detect psi phenomenon.  Psi, in this context, is defined as “parapsychological or psychic faculties.” Another study evaluating the utility of Clairvoyant Remote Viewing (or distance viewing) was published by the CIA. Another paper was published here on remote viewing and another collection of studies was compiled by The International Remote Viewing Association.

A collective unconscious seems to be shared within groups of the same species that coexist together, and the more tight-knit a group is, the stronger a psychic bond exists. In nature, this can be demonstrated in the flocking behavior of birds or fish. When these animals swarm together they change directions instantaneously and sharply without running into each other. This hive mindset is something unexplained by science, which is evidence of some type of telepathic communication.

Tapping Into the Quantum Field

But what is the mechanism behind all this? Could it be explained by quantum theory? Oxford Physicist Sir Roger Penrose first proposed the idea of quantum fields in 1989 in his book Shadows of the Mind: A Search for the Missing Science Of Consciousness. In this book, he connects quantum processes and consciousness, and he was quickly ostracized for it.

The idea was considered sacrilegious to his materialist colleagues, who believed consciousness to be a physical product of the brain. Today more and more studies are being published that validate his theories, including the one referenced above about non-local consciousness and the single-cell organism without a brain.

You can read more on this in his more current book, Consciousness and the Universe: Quantum Physics, Evolution, Brain & Mind by Sir Roger Penrose, Professor of Mathematics at the University of Oxford, (2011).

The Science of Yoga

What is Holotropic Breathing?

How Yoga Can Enhance Your Brain