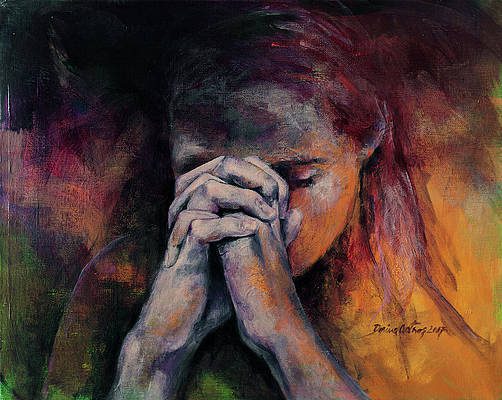 Does prayer really work? Can prayer heal? Do a person’s prayers affect their well-being? Is there really a link between mere mortals and a higher power, as some recent neurological studies have suggested? These are questions that scientists are currently attempting to answer in a growing number of studies.

“Research focusing on the power of prayer in healing has nearly doubled in the past 10 years.” — David Larson, MD, MSPH, President of the National Institute for Healthcare Research

Larry Dossey, M.D. is a national best-selling author of One Mind and Healing Words: The Power of Prayer and the Practice of Medicine. Dossey knew intuitively that prayer could have an effect on his patients’ physical health.  He also knew something was missing in scientific materialism. This is the theory that maintains that nothing is real unless it is observable and subject to the scientific method. Materialists believe matter is the fundamental substance in nature, and that all things, including mental states and consciousness, are results of material interactions.

Dossey knew that not everything can be explained in terms of matter. However, as a physician committed to scientific evidence he was conflicted. Upon hearing anecdotal stories from several patients that prayer affects things in the physical world, he knew its effects should be measurable, and science should be able to investigate it. So he set out on what turned into a lifelong journey to find proof that prayer works, so he could integrate science and spirituality into his medical practice.

He sought out clinical studies on prayer and was delighted to learn in 1988 of a carefully controlled study published in the Southern Medical Journal. The study showed that patients in a coronary care unit who were prayed for daily did better on average than patients not receiving prayers.

This might have been less surprising if the patients had known they were getting special attention. However, the 400 patients nor their doctors knew who had been randomly assigned to the group being prayed for.

His astonishment grew when he searched scientific journals and found over 100 experiments on the efficacy of prayer that were scientifically well-designed. More than half of these studies revealed empirical evidence that prayer can positively influence everything from high blood pressure, wound healing, the behavior in a lab setting of fungi, yeast, abnormal white blood cells caused by Leukemia, cancer cells, tumors in mice and germinating seeds.

Dossey lists 131 experiments in his book, Healing Words: The Power of Prayer and the Practice of Medicine, in which researchers tried to influence living systems by some intentional mental act. Seventy-seven of the trials had statistically significant results; in 56 studies, the probability was less than 1 in 100 that the outcome was due to chance; in another 21 studies, the probability was between 2 and 5 in 100.

Prayer is commonly considered to be an earnest request to a higher power. Prayer develops a sense of connectedness with the transcendent and is a nonlocal event. But the transcendent doesn’t always take the form of a personal God. Take for example Buddhists. Buddhism is not a theistic religion, yet prayer is central to the Buddhist tradition. Buddhists offer their prayers to the universe, not to a personal God. Whether a person prays to God, Brahman, Jehovah, Allah, Yahweh, the Tao, Elohim, the Universal Mind…

“Prayer is communication with the Absolute.” – Larry Dossey, MD

God in the Laboratory Experiments on prayer have been done all over the world looking at our abilities to influence living things.

“There are two ways to live your life.  You can choose to be intellectual, rational, analytical, logical, and scientific; or, on the other hand, you can choose to be intuitive, spiritual, and religious. These two vectors of the psyche are incompatible and cannot be brought together; (most people believe) you cannot have it both ways… However, recent scientific studies on prayer reveal that these choices do not conflict with each other. Science and spirituality can come together; we can have it both ways.” —Larry Dossey, MD National Best Selling Author of “One Mind” and “The Power of Prayer.

“Research focusing on the power of prayer in healing has nearly doubled in the past 10 years.” — David Larson, MD, MSPH, President of the National Institute for Healthcare Research.

All of these things have been influenced by people’s intentions and wishes and prayers. There’s compelling evidence that when we talk about prayer working, we’re not talking theoretical stuff here; we’re talking about evidence that’s been nailed down in many experiments. There is validated scientific evidence that prayer brings about significant changes in a variety of living beings.

Even the National Institutes of Health (NIH) which previously refused to even review a study with the word prayer in it is presently funding a prayer study through its Frontier Medicine Initiative. Additionally, the United States Congress voted to grant federal subsidies for another study. Furthermore, scientists are conducting clinical research and publishing position statements from professional societies supporting this research.

Scientific Studies on the Efficacy of Prayer

The first of its kind study on the effect of prayer on germinating seeds was conducted in 1959 by Doctor and Reverend Franklin Loehr. He found that seeds prayed over grew at a much faster rate than those that were not prayed over. Loehr photographed the plants next to each, however, kept them separate during the experiment. A 2016 study from JAMA Internal Medicine also showed that women who attended church services more than once per week where they engaged in prayer were 33% less likely to die during the 16 years of follow-up than non-churchgoers. This study indicated that prayer increases longevity.

A 2009 study by Harold Koenig, M.D., associate professor of medicine and psychiatry and author of the book Handbook of Religion and Health published in the International Journal of  Psychiatry Medicine found that six weekly in-person Christian prayer sessions with patients at a primary care office lowered their depression and anxiety symptoms and increased their optimism. The prayer was led by a lay minister, but the patients sometimes joined them in praying. So it’s uncertain if the effects are the result of being prayed for or the act of praying.

Other studies have found that prayer decreased symptoms of pain after a C-section and another study found the quality of life improved in women undergoing radiation therapy.

Harvard scientist Dr. Herbert Benson who wrote Relaxation Response, has conducted studies on prayer. He focuses specifically on meditation, the Buddhist form of prayer, to understand how the mind affects the body.

“All forms of prayer evoke a relaxation response that reduces stress, quiets the mind and body, and promotes healing.” — Herbert Benson, M.D., Harvard scientist and best-selling author of “The Relaxation Response“

Benson’s study affirms that when you meditate regularly it enhances the body’s immune system by reducing stress, as well as amping up creativity and problem-solving. Benson documented physical changes on fMRI brain scans that take place in the body through prayer or a mantra-based meditation. When combined with recent research from the University of Pennsylvania, scientists found that  the parietal lobe goes dark; this is the area of the brain that helps create a sense of self.

Meanwhile, during prayer, the primitive or “reptilian” region of the brain called the Limbic System which is responsible for the fight or flight response is deactivated, giving us comfort and reducing stress.

The limbic system regulates the autonomic nervous system, heart rate, blood pressure, and metabolism. Both the frontal cortex, the area that controls worrying and the parietal lobe which is linked to attention, gets deactivated.

Blood flow increases in the anterior cingulate. This is the area of the brain that’s activated when we feel empathy and compassion for others. Everything registers as emotionally significant, perhaps responsible for the sense of transcendent awe, feelings of the sublime and quiet admiration that many sometimes feel during prayer and meditation. To many, it feels like they are communicating with a higher being.

“People who practice meditation and prayer regularly may be rewriting the neural connections in their brain — altering how they see the world. The mind-body connection dissolves.”  — Herbert Benson, M.D.

Studies from the Journal of Health and Environmental Research, show how large groups of meditators have reduced crime rates in major U.S. cities.

Effects of Prayer on Health

Those that feel they are communicating with a higher power tend to live healthier lives. However, prayer is more than just repetition and physiological responses, says Harold Koenig, M.D., associate professor of medicine and psychiatry and author of the book Handbook of Religion and Health. This book presents rational arguments for the connection between religion and health, documenting 1,200 study results on the effects of prayer on health. Heart patients were 14 times more likely to die following surgery if they did not participate in a religion. (Baylor University Medical Center). Elderly people who never or rarely attended church had a stroke rate double that of people who attended regularly. (NIH). In Israel, religious people had a 40% lower death rate from cardiovascular disease and cancer. (Cleveland Clinic)

Pew Research studies show about 75% of Americans pray regularly and the vast majority of the worlds nearly 8 billion people identify with some faith. Meditation is also a form of prayer and has the same physiological effects on the brain as prayer. According to the National Institutes of Health the popularity of meditation is increasing and it is estimated that there are between 200 to 500 million people across the planet who practice some form of meditation encompassing mantra, mindfulness, transcendental, movement meditation, and spiritual meditation practices.

Physician Daniel J. Benor has written a four-volume work, Healing Research Volumes I-IV, Consciousness, Bioenergy, and Healing: Self Healing and Energy Medicine for the 21st Century which explores over 60 studies of prayer healing most of which show statistically significant results. In the studies that look at healing intentions, we can see that they don’t work very well if they’re not connected with love and compassion. This has been recognized by every major spiritual and religious tradition: this idea that if you want to affect someone at a distance—for example, help them get over an illness—compassion and love are essential factors. Prayer is not simply a matter of using words reciting rote memorized prayer; it’s what you feel in your heart.

Prayer is as effective from the other side of the world as it is from the bedside.

“The key to understanding prayer as a scientific phenomenon requires getting away from the idea of the mind as somehow inside the brain. Your mind is field-like. When we pray, those extended mental fields would be the context in which prayer could work nonlocally.” —Noetic Sciences Review by Rupert Sheldrake In the world of quantum physics, it appears that one particle of an entangled pair “knows” what is happening to another paired particle—even though there are no known materialistic means for such information to be communicated between the particles. These particles can be separated by very large distances. Could this be what is happening when we one person prays for another? Larry Dossey, M.D, says yes. Prayer is nonlocal. The results of prayer reinforce the notion that consciousness is not limited to the physical body.

The religious world has known for thousands of years that prayer works without validation from scientists. The Hebrew Bible, the New Testament, the Veda, the Quran, and many other sacred texts attest to prayer’s positive effects. Cultures throughout the world from ancient times to the present hold a steadfast and pervasive belief that prayer works. Prayer can accomplish wonderful things. It can heal the mind and body and reduce anxiety and stress.

To find more resources and learn more about this subject please visit our Science of Consciousness Page and Energy Healing Page. Praying is a painting by Dorina Costras click here to buy the painting at FineArtAmerica.com. Costras also sells other kinds of decor with her paintings.

The Science of Yoga

What is Holotropic Breathing?