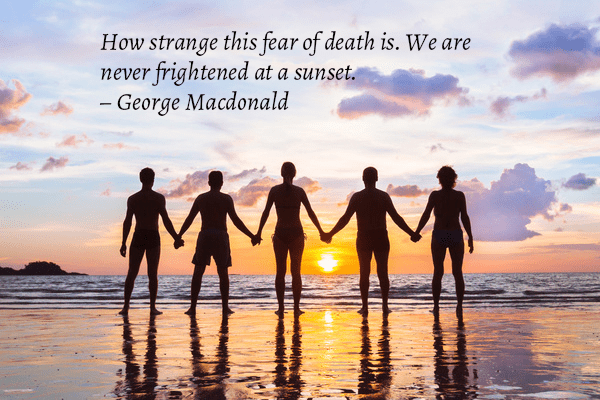 We will explore these questions about death in a scientific way. Some of these explanations may surprise you.

Proof of Life After Death

Dr. Sam Parnia may have indeed found proof of life after death. Sam Parnia M.D., Ph.D., is a British associate professor of Medicine at NYU Langone Medical Center where he is also director of research into cardiopulmonary resuscitation. Dr. Parnia conducted a four-year-long study at the University of South Hampton, England. The study named ‘Awareness After Resuscitation.’ was published in the Official Journal of European Resuscitation Council. It included 2,060 people who suffered a cardiac arrest and were resuscitated. This was the largest peer-reviewed study of its kind, using rigorous methodology. “The results revealed that 40% of those who survived a cardiac arrest were conscious of their surroundings when they were clinically dead and before their hearts were restarted.” Dr. Parnia stated, “The evidence suggests that in the first few minutes after death, consciousness is not annihilated. (Georgetown University – Bioethics Research Library)

Millions of people have reported being conscious after death. It is estimated that 5% of the world’s population has experienced some sort of near-death experience (NDE) and lived to tell about it (Gallup Polls).  There are millions of life after death stories where people are able to later verify in precise detail what was going on around them as they were dying and their brain had flatlined. They report floating above their body. Even blind people report being able to see. Could this be proof of the afterlife?

According to Parnia, “consciousness continues even though the brain has completely shut down. This suggests that consciousness has some kind of physicality.  We don’t yet have the tools to measure this (consciousness) because it is such a subtle force; essentially quantum consciousness.”

Consciousness most likely exists on the quantum level. Classical mechanics cannot explain consciousness. However, it is just a matter of time before quantum physics will allow us to prove that consciousness exists separate from our bodies. Consciousness is non-local. It was only about 50 years ago that we didn’t have MRI or Cat scans that could see inside the brain. Now it is commonplace. We will soon have the technology to measure thought and non-local consciousness.

Researchers have been trying to discover what it feels like when we die. What do the majority of people see when they’re about to die? What do they feel? Charlotte Martial, Ph.D., a neuropsychologist at the University of Liège and University Hospital Liege, Belgium, and her team analyzed the accounts of near-death experiences from 154 people, publishing the results in Frontiers of Neuroscience in 2017.

One of the biggest fears people have in life is the fear of death; however, this study found that 80% of the study participants major overall feeling was that of a sensation of peacefulness. Only 16% reported seeing their life flash before their eyes. Nearly 70% experienced a bright light at the end of a tunnel. 35% percent of people reported an out-of-body experience; 36% said that returning to their body was the very last thing that happened in their near-death timeline. Dr. Martial said that “This suggests that near-death experiences seem to be regularly triggered by a sense of detachment from the physical body and end when returning to one’s body.”

An NDE is characterized by a person’s consciousness being popped out of the body into an astral body. An astral body is a replica of the physical body, including the emotional and mental attributes, but the astral body is composed of fine nonphysical matter known as subtle matter.

Subtle matter is one of a series of psycho-spiritual constituents of living beings, according to various esoteric, occult, and mystical teachings. The subtle body consists of focal points, often called chakras, connected by channels. 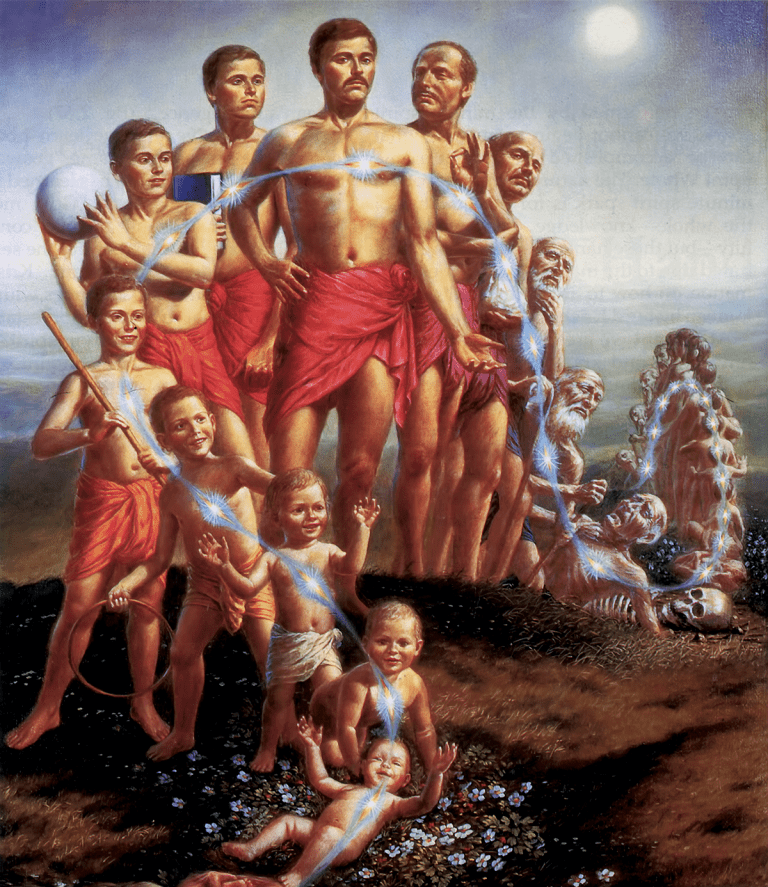 Vision is also a major element in an NDE. Remarkably, in the “Eyeless Vision” chapter of his groundbreaking book Lessons from the Light, Kenneth Ring reports the results of his three-year study of blind people who could see during their near-death experience.

What Happens to Your Soul When You Die?

“Death is not the end, it is simply walking out of the physical form and into the spirit realm, which is our true home. It’s going back home… We unzip the body, so to speak, let it fall to the ground and walk through the next door clothed in our spiritual form, which was always there inside the physical body.” —Stephen Christoper Dennis

Are We Reunited with Loved Ones at Death? The Near-Death Experience Research Foundation (NDERF) has been collecting people’s experiences of the afterlife, and most give remarkably similar accounts. Being greeted by their loved ones on the other side is a recurring theme, giving hope to those who look forward to one day being reunited with loved ones that have passed.

“Sandra is a mother whose two children died.  She was preparing to go to sleep one night when she heard her daughter’s voice from the foot of the bed: ‘Mom, can you see me?’  Sandra replied, ‘I can hear you, but I can’t see you.’ Her daughter responded, ‘then get bigger eyes.’ That is one of your tasks when a loved one passes on. You need to remember there is much more to life than is detected by your human senses.  You need to recall that life and love are forever.” Dr. Mark Pitstick, Soulproof.com

“How can you get bigger eyes? Pray that you will sense the presence of your loved ones; meditate to become quiet and peaceful so you can perceive their subtle presence; walk in nature and talk to them as though they are right there . . . because they are.” Dr. Mark Pitstick

The movie Talking to Heaven explains this process really well. It is based upon the life of medium James Van Praagh. It tells the story of the celebration that occurs when souls complete their earth-experience and return home again.

The Miracle of Terminal Lucidity

There are, however, other exceptional end-of-life experiences that are less well-known, but equally intriguing. One of these phenomena goes by many different names. It is called “the last hurrah,” “the final goodbye,” or “the end-of-life rally.” It is also called terminal lucidity and it applies to someone who is close to death and has been unresponsive, yet will suddenly show a marked improvement in their energy and mental functioning.

Studies on lab rats have shown their brains surge with activity right before the moment after death, resulting in an aroused and hyper-alert state. If such states occur in humans, it may be evidence that the brain maintains a lucid consciousness during death. It may also explain how patients brought back from the brink can remember events that took place while they were technically dead.

Could it be possible that our soul starts a new life in a different body after we die? Many believe that we are born into this world; our ‘earth school’ to learn lessons, grow, and evolve, collecting a series of life experiences throughout eternity. When we die we go to a holding area where we reunite with our soul group. This soul group makes agreements about who will play each role. One person may agree in a soul contract to be someone that causes great harm and pain and the other person may agree to be the recipient of that harm so that they can learn, grow and evolve. The person agreeing to commit the harm is committing an act of great unselfish generosity. There are many reports from people undergoing past life regressions who retell what is discussed amongst their soul groups in heaven or as some call it the spirit world.

Groundbreaking hypnotist, Dr. Michael Newton describes in his book Journey of Souls what people experience between lives. Dr. Newton collected an abundance of astounding cases of people moving, via deep hypnosis, into the superconscious state to explore the spiritual realm.

We unconsciously remember experiences, emotions, and relationship dynamics from previous lives into our present life. When we bring forward these memories into our conscious awareness, we can release emotional blockages that may keep us stuck. A past life regression hypnotist guides a person through major past life events, through the death experience, and then the period of ‘life review.’ This is where the purpose of that lifetime, the lessons learned, and decisions made are examined from a higher awakened spiritual frame of reference.

If you would like to delve deeper into the subject of what happens when we die you can join a group called Death Cafe where they gather in person and online to discuss death and dying.

Please refer to our page on Death and Dying and our page on Reincarnation for more resources.

What is Lucid Dreaming?

What is an Out of Body Experience?