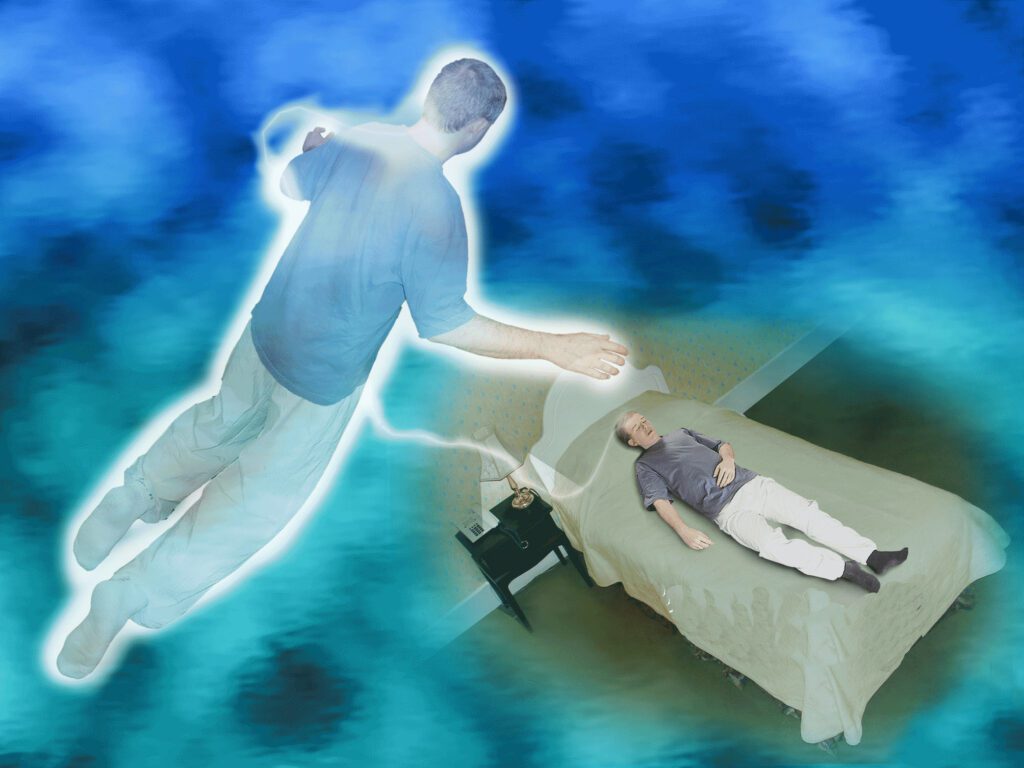 Vision is a key element in an NDE. Remarkably, in the “Eyeless Vision” chapter of his groundbreaking book Lessons from the Light, Kenneth Ring reports the results of a three-year study of blind people who could see during their near-death experience.

An NDE is of such magnitude that most experiencers are deeply affected, many to the point of making significant changes in their lives. The aftereffects are often lifelong and can intensify over time. For a summary of psychological and behavioral effects of NDEs, I have drawn upon Kenneth Ring’s Lessons from the Light These effects include increased appreciation for life, increased self-acceptance, concern for others, reverence for life, anti-materialism, anti-competitiveness, elevated spirituality, a quest for knowledge, a sense of purpose, a vanquished fear of death, belief in the afterlife and belief in God.

NDE experiencers may be liberated from the fear of the Light, which was recognized as the real tragedy of life by the Greek philosopher Plato:

“We can easily forgive a child who is afraid of the dark; the real tragedy of life is when men are afraid of the light.”
—Plato (427 BCE–347 BCE)

Also, NDE experiencers may come to recognize the miraculous nature of existence, as was expressed by Albert Einstein:

Defining Elements of the Near-Death Experience

A given NDE contains one or more of these elements, and most experiences vary considerably from the model suggested by this list of elements. As an example, as a girl, my sister Mary was drowning in a swimming pool before quickly being rescued by our mother. Mary experienced a brief life review before returning to her body, without any other NDE elements.

In 1978, P.M.H. Atwater began researching NDEs. Eventually, she researched over 3,000 cases for adult experiencers and 277 cases for child experiencers. Based on her research, Atwater discovered four distinctive patterns to the near-death experience itself. She defines these patterns as: 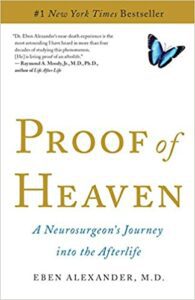 Proof of Heaven: A Neurosurgeon’s Journey into the Afterlife
by Eben Alexander, M.D., 196 pages (2012)
A New York Times bestseller. According to Raymond A. Moody, M.D., Ph.D., author of Life After Life, “Dr. Eben Alexander’s near-death experience is the most astounding I have heard in more than four decades of studying this phenomenon. He is living proof of an afterlife”. 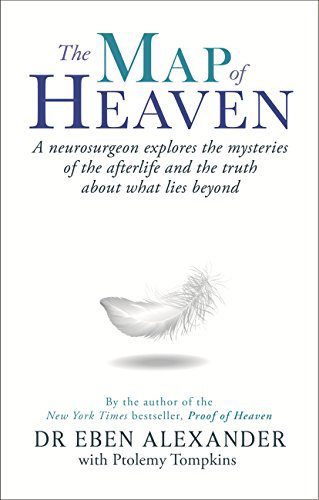 The Map of Heaven: How Science, Religion, and Ordinary People Are Proving the Afterlife
by Eben Alexander, M.D., 165 pages (2014)

Video: Eben Alexander: A Neurosurgeon’s Journey through the Afterlife 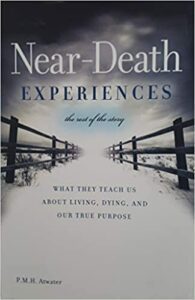 Near-Death Experiences: What They Teach Us about Living, Dying and Our True Purpose
by P.M.H. Atwater, 288 pages (2011)
Atwater is a pioneer in NDE research and has done exhaustive research over 40 years. She had three NDEs. 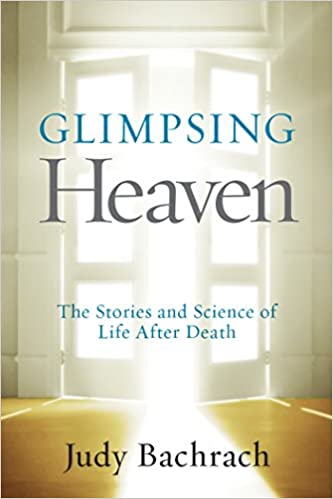 Glimpsing Heaven: The Stories and Science of Life After Death
by Judy Bachrach, 249 pages (2014)

The author is a journalist who interviewed leading NDE experts and some of the most well-known NDE experiencers, some of whom are featured in books in this section.

Video: What Happens When We Die? – Judy Bachrach and Lynn Fishman RN 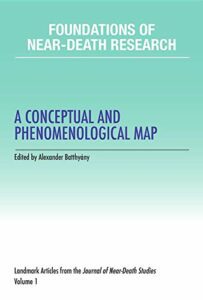 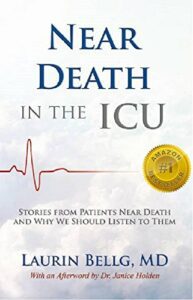 Near-Death in the ICU: Stories of Patients Near-Death and Why We Should Listen to Them
by Laurin Bellg, M.D., 211 pages (2009) 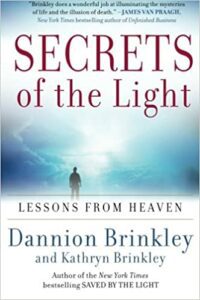 Secrets of the Light: Lessons from Heaven
by Dannion Brinkley and Kathryn Brinkley, 205 pages (2008)
This book is a New York Times bestseller. 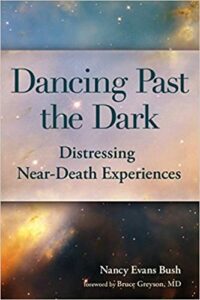 Dancing Past the Dark: Distressing Near-Death Experiences
by Nancy Evans Bush, 289 pages (2012)
The author was Executive Director and later President of the International Association for Near-Death Studies (IANDS) and a member of the Board of Directors for many years. She is frequently referred to as the world expert on distressing NDEs. 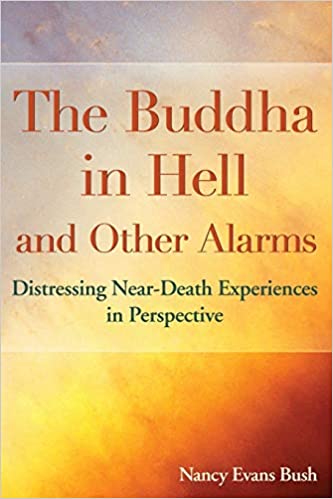 The Buddha in Hell and Other Alarms: Distressing Near-Death Experiences in Perspective
by Nancy Evans Bush, MA, 201 pages (2016) 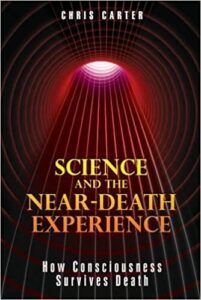 Science and the Near-Death Experience: How Consciousness Survives Death
by Chris Carter, 256 pages (2010) 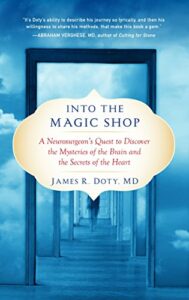 Into the Magic Shop: A Neurosurgeon’s Quest to Discover the Mysteries of the Brain and the Secrets of the Heart
by James R. Doty, M.D., 276 pages (2016)
This book is a New York Times bestseller. 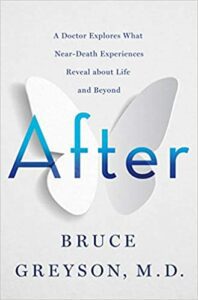 After: A Doctor Explores What Near-Death Experiences Reveal about Life and Beyond
by Greyson, Bruce M.D., 258 pages (2021)
This book is a scientific exploration of NDEs by the world’s foremost expert on NDEs.

Video: What Near-Death Experiences Reveal About Life and Beyond with Dr. Bruce Greyson 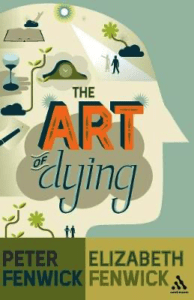 The Truth in the Light: An Investigation of Over 300 Near-Death Experiences
by Dr. Peter Fenwick and Elizabeth Fenwick, 278 pages (1995)
He is the President of the British branch of the International Association for Near-Death Studies. 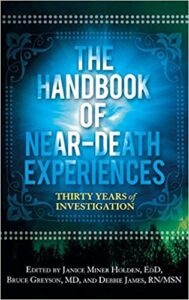 The Handbook of Near-Death Experiences: Thirty Years of Investigation
by Janice Miner Holden, EdD., Bruce Greyson, M.D., Debbie James, MSN, RN, editors, and many contributors, 313 pages (2009)
This book is the standard reference work in the field. It contains scholarly aspects of NDE research. 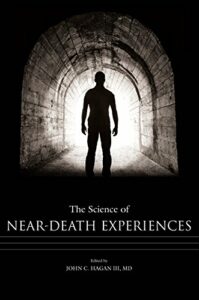 The Science of Near-Death Experiences
edited by John C. Hagan III, M.D., 169 pages (2017)
Each chapter is written by one of the leading NDE experts, most of whom have books that appear on this list of references. 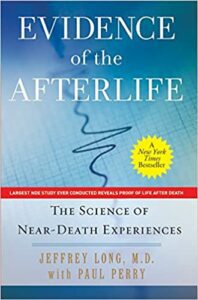 Evidence of the Afterlife: The Science of Near-Death Experiences
by Jeffrey Long, M.D., with Paul Perry, 215 pages (2010)
This book is a New York Times bestseller. It was the largest NDE study ever conducted, this provides the most compelling evidence for life beyond death ever compiled.

God and the Afterlife: The Groundbreaking New Evidence for God and Near-Death Experience
by Jeffrey Long, M.D., with Paul Perry, 213 pages (2016)

Video: Dr. Jeffrey Long Has Evidence of the Afterlife

This is a very well researched, readable and comprehensive book on NDEs. 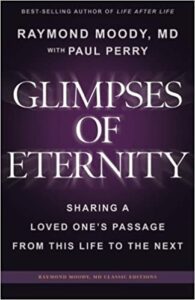 Glimpses of Eternity: Sharing a Loved One’s Passage from This Life to the Next
by Raymond Moody, M.D., Ph.D., with Paul Perry, 166 pages (2010)
Moody is the New York Times best-selling author who coined the term, “Near-Death Experience.” 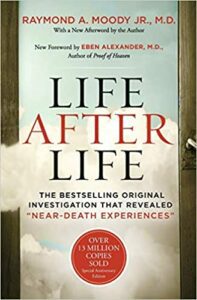 Life After Life: The Investigation of a Phenomenon-Survival of Bodily Death
by Raymond A. Moody, M.D., Ph.D., 176 pages (1975)
A bestselling original Investigation, this study coined the term “Near-Death Experience.” Over 13 Million Copies have been sold. 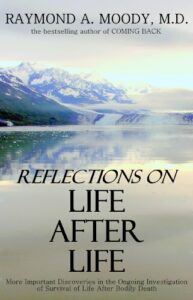 Reflections on Life After Life: The Further Investigation of a Phenomenon—Survival of Bodily Death
by Raymond A. Moody, M.D., Ph.D., 140 pages (1977) 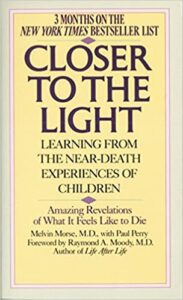 Closer to the Light: Learning from the Near-Death Experiences of Children
by Melvin Morse, M.D., with Paul Perry, 236 pages (1990)
This book was a New York Times bestseller. 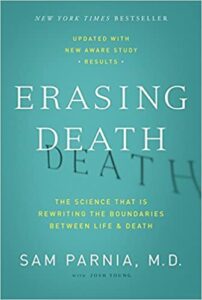 Erasing Death: The Science That is Rewriting the Science Between Life and Death
by Sam Parnia, M.D., Ph.D., with Josh Young, 344 pages (2013)
Dr. Parnia directs the AWARE Study (Awareness During Resuscitation).

Video: Sam Parnia – Is Life After Death Possible? (Closer to the Truth Library) 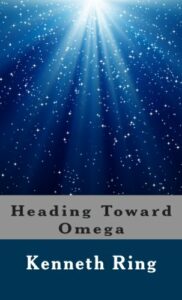 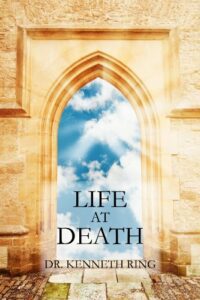 Life at Death: A Scientific Investigation of the Near-Death Experience
by Kenneth Ring, Ph.D., 310 pages (1980) 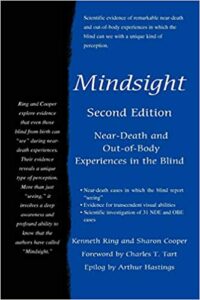 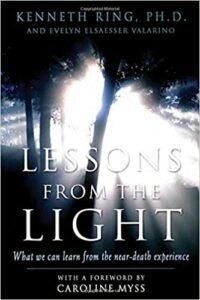 Lessons from the Light: We Can Learn from the Near-Death Experience
by Kenneth Ring, Ph.D., and Evelyn Elsaesser Valarino, 340 pages (2000) 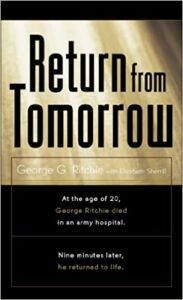 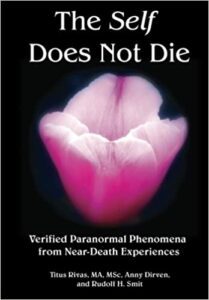 Video: November 2016 PF Book Expo: Titus Rivas and Rudolf Smit: The Self Does Not Die 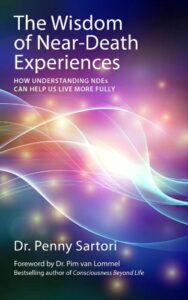 The Wisdom of Near-Death Experiences: How Understanding NDEs Can Help Us Live More Fully
by Penny Sartori, Ph.D., RGN, 236 pages (2014)
This book is a bestseller and has been translated into 12 languages. 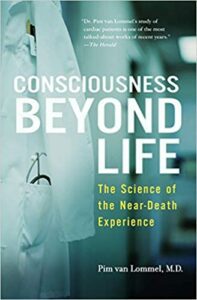 Consciousness Beyond Life: The Science of the Near-Death Experience
by Pim van Lommel, 442 pages (2010) Pim van Lommel
Dr. van Lommel is a world-renowned cardiologist and medical expert on NDEs from the Netherlands.