What Happens When We Die?

The living of multiple lifetimes by a unit of consciousness commonly referred to as a soul is known as reincarnation. The word reincarnation derives from Latin, literally meaning, “entering the flesh again.” Alternative terms are rebirth and transmigration, implying migration from one life (body) to another. Reincarnation was documented in written works from Ancient Greece and India over 2,500 years ago and for the ancient Celts, as illustrated by the following quotations:

“I am confident that there truly is such a thing as living again, that the living spring from the dead, and that the souls of the dead are in existence.”
—Socrates (BCE 470–BCE 399) 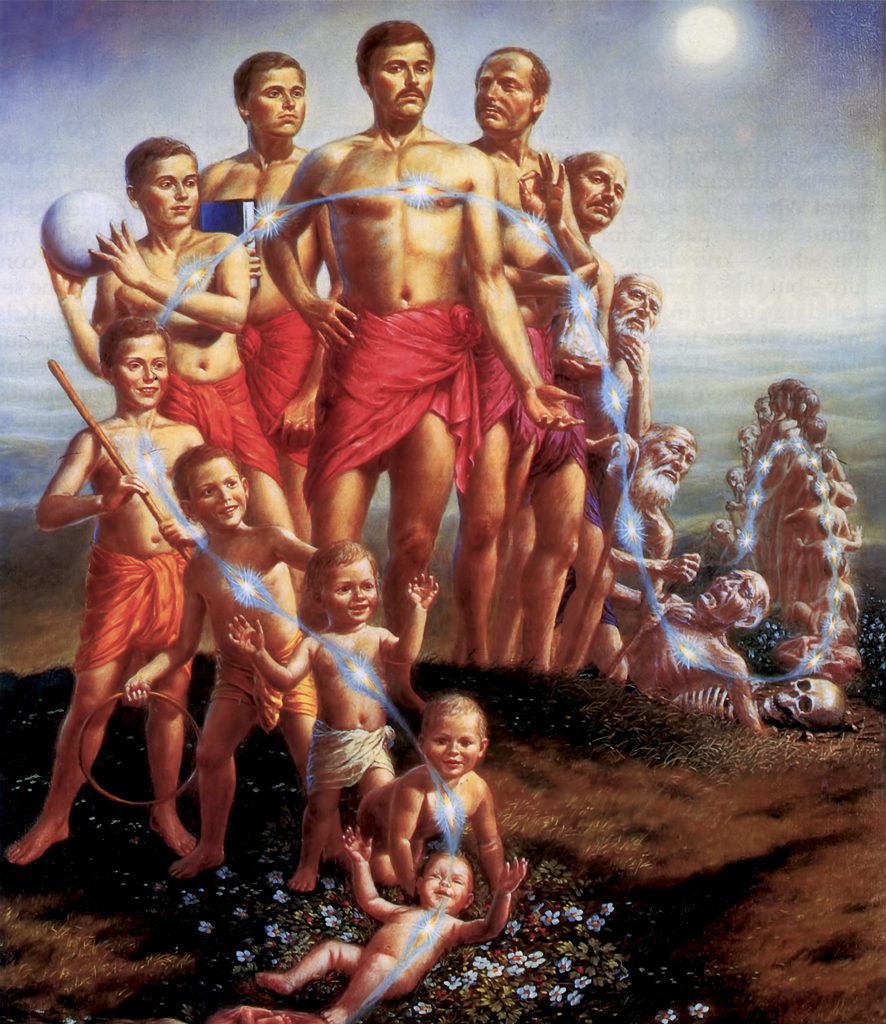 Reincarnation was also a percept of the early Christians, as expressed by Origen, an early Christian scholar, ascetic, and theologian. Origen has been described as the greatest genius the early church ever produced. He is widely regarded as one of the most important Christian theologians of all time. Origen clearly understood the essential nature of reincarnation:

“Every soul comes into the world strengthened by the victories and weakened by the defeats of its previous life. It can be shown that an incorporeal and reasonable being has life in itself independently of the body…then it is beyond a doubt bodies are only of secondary importance and arise from time to time to meet the varying conditions of reasonable creatures. Those who require bodies are clothed with them, and contrariwise, when fallen souls have lifted themselves up to better things their bodies are once more annihilated. They are ever vanishing and ever reappearing.” —Origen (CE 184–CE 253)

In CE 543, the Roman Emperor Justinian I manipulated the 5th Ecumenical Council, and the pope refused to attend as a gesture of protest. The emperor condemned Origen as a heretic and ordered that all his writings be burned. This condemnation caused teachings on reincarnation to be banned by the Church.

Religious organizations typically do not provide their members with much information on the afterlife. However, reincarnation is becoming increasingly accepted among American Christians. Currently, according to 2018 data released by the Pew Research Center, 29% of Christians in the U.S. believe in reincarnation. This is up from 24% in their 2009 survey. For those who haven’t done their own research on the afterlife, an exploration into reincarnation can offer a fascinating look at reality beyond the physical plane of existence.

The books and videos referenced in this section are from a variety of sources. They include past life regression, children’s past life memories, mediumship, and historical documentation of reincarnation,

Books and Videos on Reincarnation 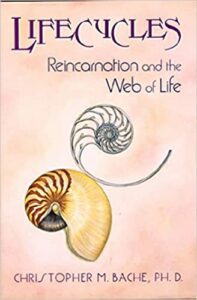 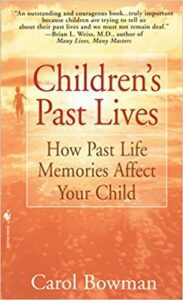 Children’s Past Lives: How Past Life Memories Affect Your Child
by Carol Bowman, 355 pages (1997) 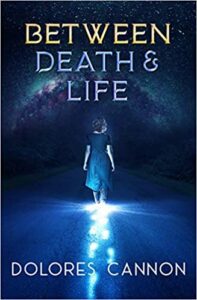 Between Death and Life: Conversations with a Spirit
by Dolores Cannon, 290 pages (1993) 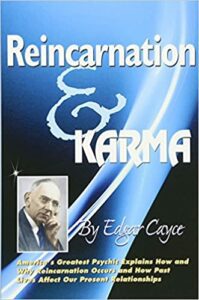 Reincarnation & Karma
by Edgar Cayce, 168 pages (2006)
Cayce is the most documented psychic of the 20th Century. He has been called the “sleeping prophet” and the “father of holistic medicine.” 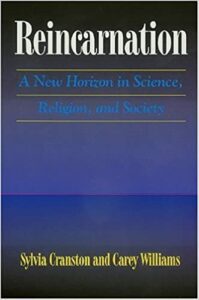 Reincarnation: A New Horizon in Science, Religion, and Society
by Sylvia Cranston and Carey Williams, 381 pages (1984) 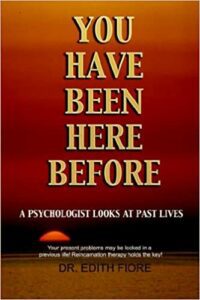 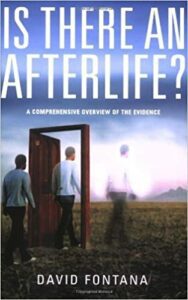 Life Beyond Death: What Should We Expect?
by David Fontana, 214 pages (2009)
The late David Fontana was Professor of Transpersonal Psychology. He was a fellow of the British Psychological Society, and President of the British Society for Psychical Research. His many books have appeared in 26 languages. 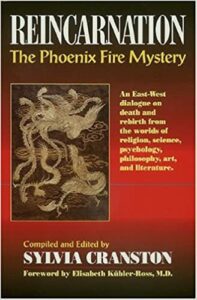 Reincarnation: The Phoenix Fire Mystery—An East-West Dialogue on Death and Rebirth from the Worlds of Religion, Science, Psychology, Philosophy, Art and Literature, and from the Great Thinkers of the Past and Present
compiled and edited by Joseph Head and Sylvia Cranston, 620 pages (1977) 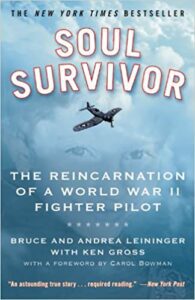 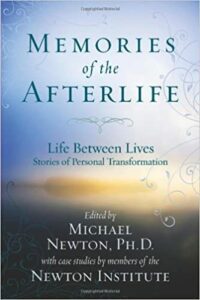 Memories of the Afterlife: Life Between Lives—Stories of Personal Transformation
by Michal Newton, Ph.D., 310 pages (2016) 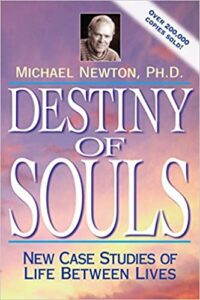 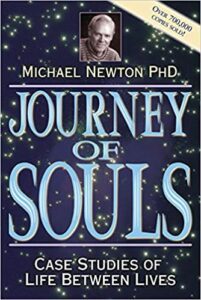 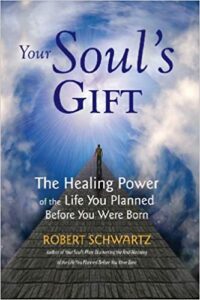 Your Soul’s Gift: The Healing Power of the Life You Planned Before You Were Born
by Robert Schwartz, 526 pages (2012) 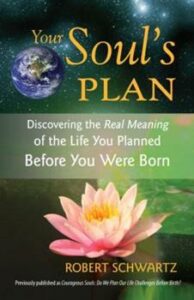 Your Soul’s Plan: Discovering the Real Meaning of the Life You Planned Before You Were Born
by Robert Schwartz, 319 pages (2009)

Video: The Life Your Soul Planned Before You Were Born 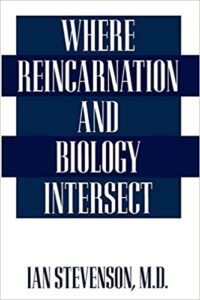 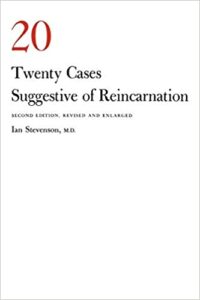 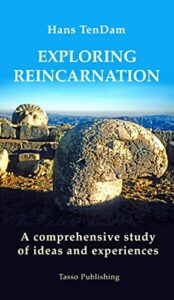 Exploring Reincarnation: The Classic Guide to the Evidence for Past-Life Experiences
by Hans TenDam, 448 pages (1990, 2003) 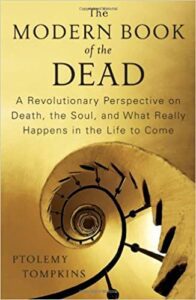 The Modern Book of the Dead: A Revolutionary Perspective on Death, the Soul, and What Really Happens in the Life to Come
by Ptolemy Tomkins, 271 pages (2012) 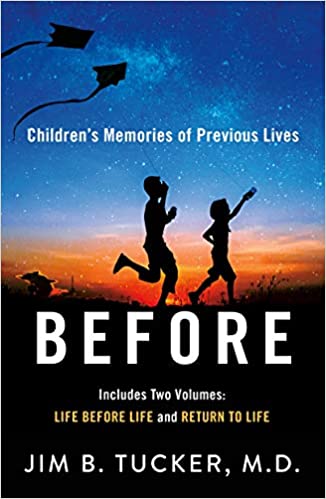 Before: Children’s Memories of Previous Lives
by Jim B. Tucker, M.D., 544 pages (2021)
Dr. Tucker took over the work of the esteemed pioneer Ian Stevenson upon his retirement in 2002. 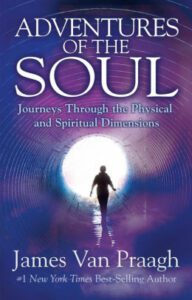 Adventures of the Soul: Journeys through the Physical and Spiritual Dimensions
by James Van Praagh, 159 pages (2014)
James Van Praagh is a bestselling New York Times author. 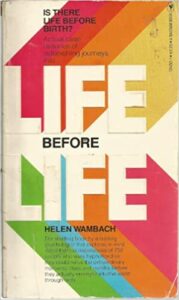 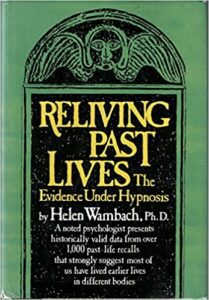 Reliving Past Lives: The Evidence Under Hypnosis
by Helen Wambach, Ph.D., 200 pages (1978) 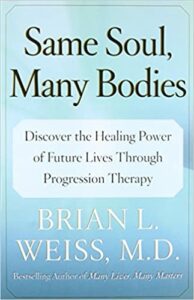 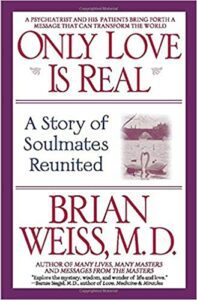 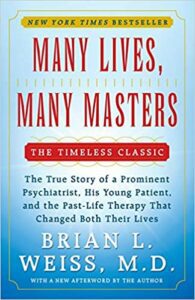 Many Lives, Many Masters: The True Story of a Prominent Psychiatrist, His Young Patient, and the Past-Life Therapy That Changed Both Their Lives
by Brian L. Weiss, M.D., 213 pages (1988)
This book was a New York Times bestseller. 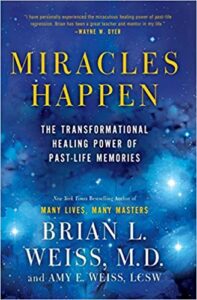 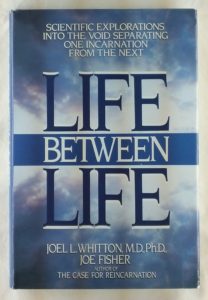 Life Between Life: Scientific Explorations into the Void Separating One Incarnation from the Next
by Joel L. Whitton, M.D., Ph.D. and Joe Fisher, 198 pages (1986) 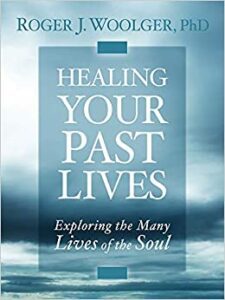 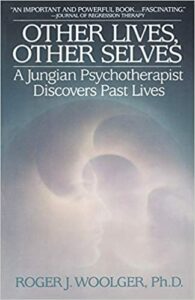 Other Lives, Other Selves: A Jungian Psychotherapist Discovers Past Lives
by Roger L. Woolger, Ph.D., 386 pages (1987)