A medium is a person who channels a spirit or through whom a spirit or entity communicates. Mediums can communicate with spirits on behalf of another living being, acting as a midway point between the worlds of the living and the dead. I had a transformational experience when a medium brought through messages from my father 26 years after he had passed. For me, it completely healed our relationship.

After death communication through mediums has been documented back to early recorded history. Mediumship became popular in the U.S. and U.K. in the 19th century. During this time, mediumship generally took the form of séances held in dark rooms, an environment that led to deception and trickery. Fraudulent practitioners were exposed, and mediumship fell out of favor.

In recent decades, however, there has been a rising popularity of mediums. The public has become aware of them through television and digital and print media. I am a longtime fan of one of these mediums, Theresa Caputo, the Long Island Medium. I never tire of watching her on cable TV, conveying messages from what she describes as “Spirit.” I am touched by the healing effect of the messages she brings through to the bereaved.

Academy for Spiritual and Consciousness Studies

Books and Videos on Mediumship 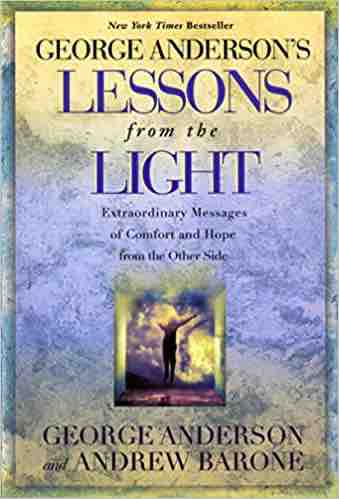 Lessons from the Light: Extraordinary Messages of Comfort and Hope from the Other Side
by George Anderson and Andrew Barone, 321 pages (1999) 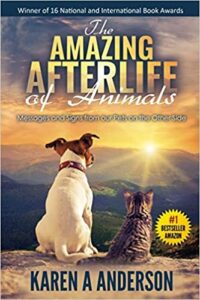 The Amazing Afterlife of Animals: Messages and Signs from Our Pets on the Other Side
by Karen A. Anderson, 158 pages (2017)
#1 Amazon bestseller and winner of 16 national and international book awards 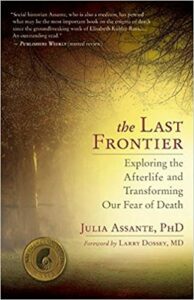 The Last Frontier: Exploring the Afterlife and Transforming Our Fear of Death
by Julia Assante, Ph.D., 391 pages (2012)
This book is the winner of the Nautilus Book Award 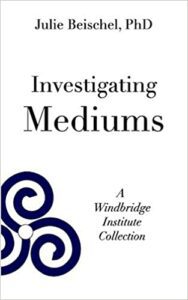 Video: SSE Talks—Science And The Afterlife—Julie Beischel (Playlist for parts 1/5–5/5)

Do Dead People Watch You Shower?
by Concetta Bertoldi, 280 pages (2008)
This is an entertaining view of mediumship and the afterlife from the author’s personal perspective. 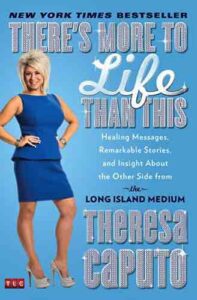 There’s More to Life Than This: Healing Messages, Remarkable Stories, and Insight About the Other Side from the Long Island Medium
by Theresa Caputo, 240 pages (2014).
Theresa Caputo is a New York Times bestselling author. She is a reality TV show personality who appears in the series “Long Island Medium.”

Don’t Kiss Them Goodbye
by Allison Dubois, 193 pages (2004)
Allison Dubois is the inspiration for the hit TV show “Medium.” 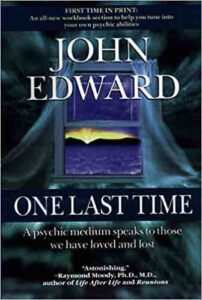 One Last Time: A Psychic Medium Speaks to Those We Have Loved and Lost
by John Edward, 218 pages (1998)
John Edward is a bestselling author and  world-renowned psychic medium who has starred on “Crossing Over with John Edward.”

Is There an Afterlife?:  A Comprehensive Overview of the Evidence
by David Fontana, 496 pages (2001) 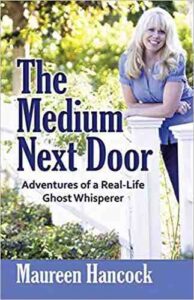 The Medium Next Door: Adventures of a Real-Life Ghost Whisperer
by Maureen Hancock, 273 pages (2011) 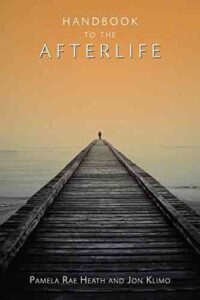 Handbook to the Afterlife
by Pamela Rae Heath, M.D., Psy.D, and Jon Klimo, Ph.D., 262 pages (2010)
Two seasoned experts with decades of experience working with channeled material describe the various stages of life after death.
Dr. Pamela Rae Heath is the co-founder of the Paranormal Research Organization. 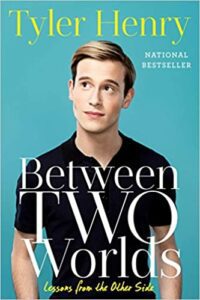 Between Two Lives: Lessons from the Other Side
by Tyler Henry, 216 pages (2016)
Tyler Henry is a reality TV show personality who appears in the series “Hollywood Medium with Tyler Henry.” 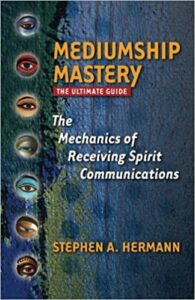 Mediumship Mastery: The Mechanics of Receiving Spirit Communications
by Stephen A. Hermann, 225 pages (2015)

Bridging Two Realms: Learn to Communicate with Your Loved Ones on the Other Side
by John Holland, 235 pages (2018) 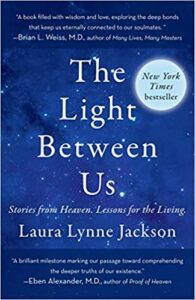 The Light Between Us: Stories from Heaven. Lessons for the Living.
by Laura Lynne Jackson, 265 pages (2015)
New York Times bestseller 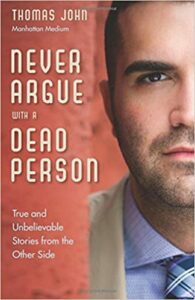 Never Argue with a Dead Person: True and Unbelievable Stories from the Other Side
by Thomas John, 211 pages (2015) 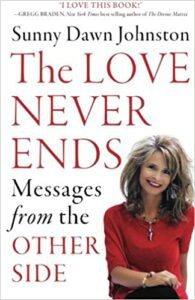 The Love Never Ends: Messages from the Other Side
by Sunny Dawn Johnston, 169 pages (2014) 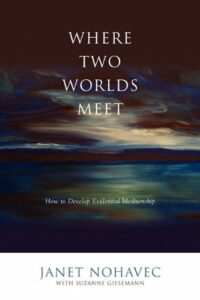 Where Two Worlds Meet: How to Develop Evidential Mediumship
by Janet Nohavec and Suzanne Giesemann, 168 pages (2010) 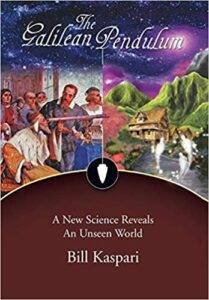 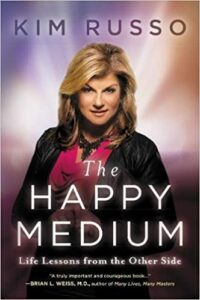 The Happy Medium: Life Lessons from the Other Side
by Kim Russo, 230 pages (2016)
Kim Russo is a reality TV show personality who appears in the series “Celebrity Ghost Stories” and “The Haunting Of.” 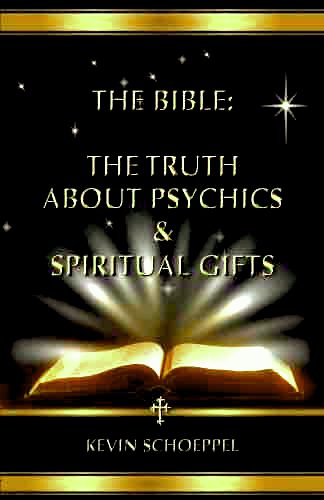 The Bible: the Truth about Psychics and Spiritual Gifts
by Kevin Schoeppel, 202 pages (2013) 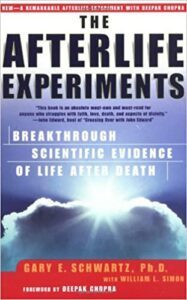 The Afterlife Experiments: Breakthrough Scientific Evidence of Life after Death
by Gary A. Schwartz, Ph.D., 347 pages (2002) 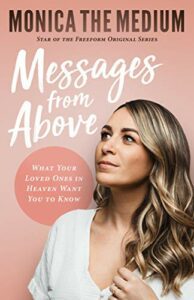 Messages from Above: What Your Loved Ones in Heaven Want You to Know
by Monica Ten-Kate, 322 pages (2019)
Ten-Kate starred in the TV series, Monica the Medium. 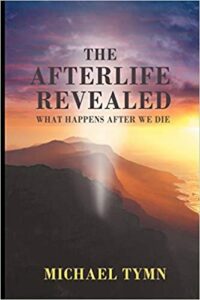 The Afterlife Revealed: What Happens After We Die
by Michael Tymn, 192 pages (2011)
Tymn is a prolific author of afterlife books. 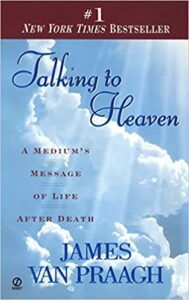 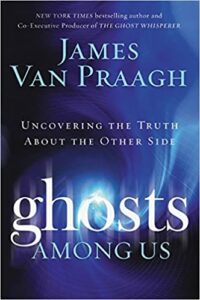 Ghosts Among Us: Uncovering the Truth About the Other Side
by James Van Praagh, 214 pages (2008) 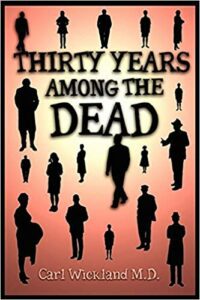 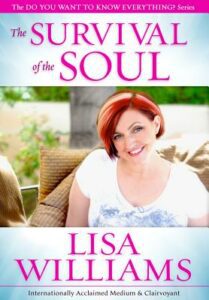 The Survival of the Soul
by Lisa Williams, 237 pages (2011)
Lisa Williams discusses the different stages of the afterlife and reveals what life is really like on the other side.