The Gateway Process Declassified
The Expansion of Consciousness, Out-of-Body Experiences and Altered States of Mind

The CIA has declassified a set of documents called the “Gateway Process.” It provides a scientific framework for expanding consciousness, out-of-body experiences, and other altered states of mind. Simply put, the CIA believes in the paranormal. 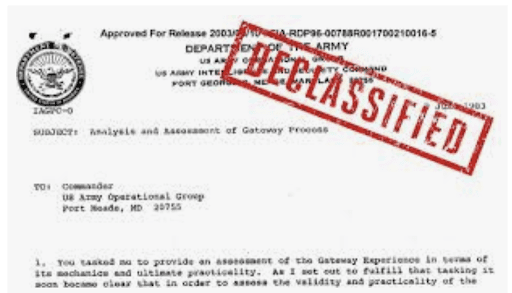 This is page one of the declassified report dated 1983. It was released in a massive document dump in 2003, however it was recently discovered.

The Gateway Process was explained in a report completed in 1983, revealing scientific evidence of how to produce states of expanded human consciousness. This government research project was started in the 1970s, and the budget was over 20 million dollars.

These declassified documents include a system designed to teach people how to focus their brainwaves. This process alters their consciousness and allows it to move outside the physical sphere and ultimately escape the restrictions of time and space. The participant then gains access to the higher levels of intuitive understanding.

What differentiates the Gateway Experience from forms of meditation is its use of the Hemi-Sync technique.

“Hemi-Sync is a state of consciousness that can be seen on EEG scans, hemispheres are simultaneously equal in amplitude and frequency. Hemi-sync audio techniques developed by Bob Monroe can induce and sustain Hemi-Sync utilizing the Institute’s basic Focus 3 tapes….Studies conducted by Elmer and Alyce Greene at the Menninger Foundation have shown that a subject with 20 years of training in Zen meditation could consistently establish Hemi-Sync at will, sustaining it for over 15 minutes.” —Melissa Jager, Hemi-Sync Trainer, Monroe Institute

Bob Monroe discovered that specific sound patterns have measurable effects on human capabilities. These sound patterns affect alertness, sleepiness, and expanded states of consciousness. Later in the 1950s, he became obsessed with sleep-learning, or hypnopedia, which exposes sleepers to sound recordings to improve recall of previously learned information. 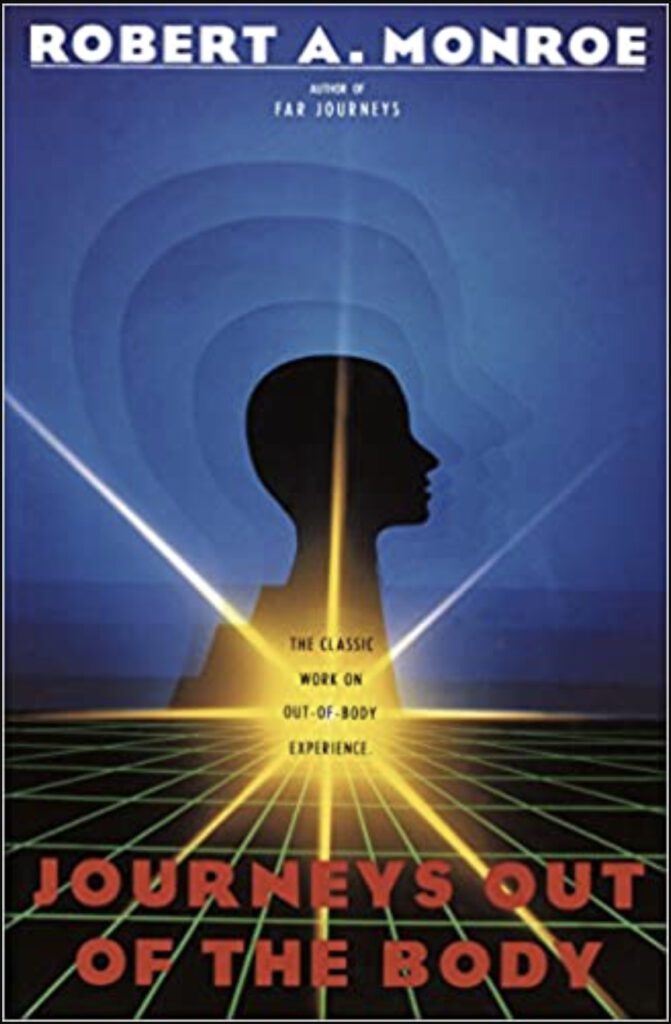 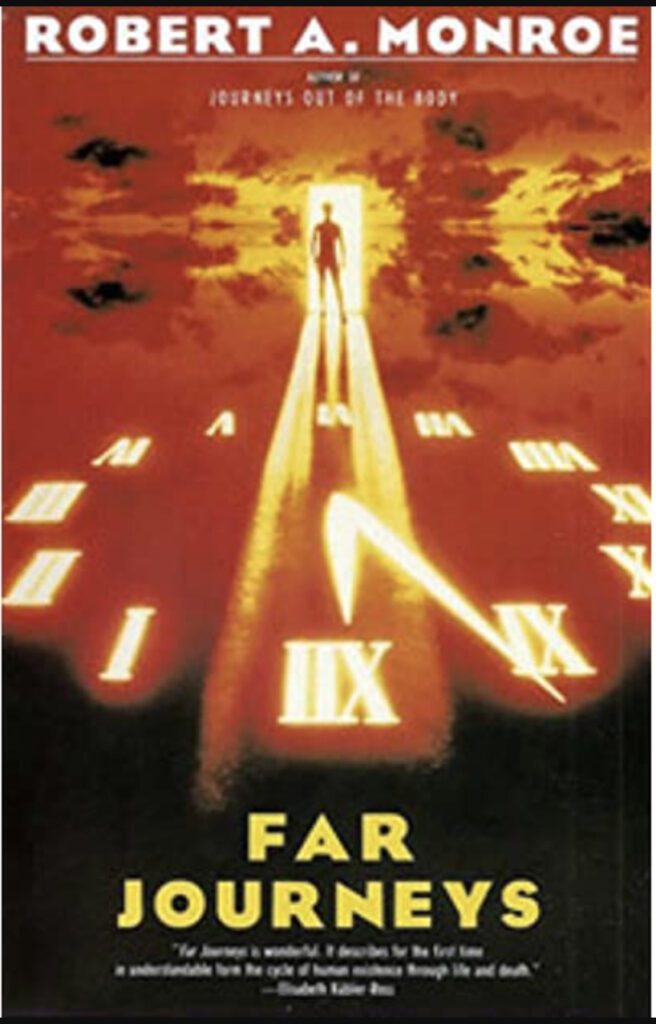 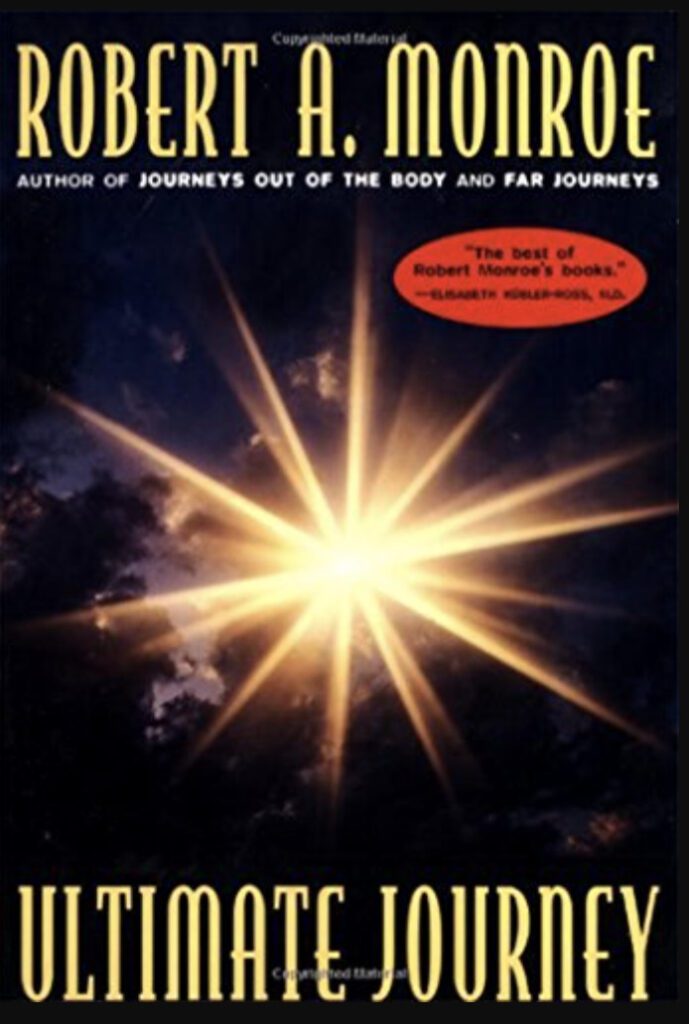 One day, while experimenting with sleep-learning methods, Monroe experienced strange sensations of paralysis and vibration accompanied by a beam of bright light shining on him from above. Monroe said it happened nine times over the preceding six weeks. These strange experiences eventually led to his consciousness leaving his body. He decided to call this an out-of-body experience (OBE). OBE later became a household expression.

The first time he left his body, he was astounded to find himself floating against his bedroom ceiling. He looked down and saw himself sleeping in his bed next to his wife.  As Monroe became more capable of controlling his out-of-body movements, he traveled farther and farther each time and was later able to verify events he had seen while in the out-of-body state. 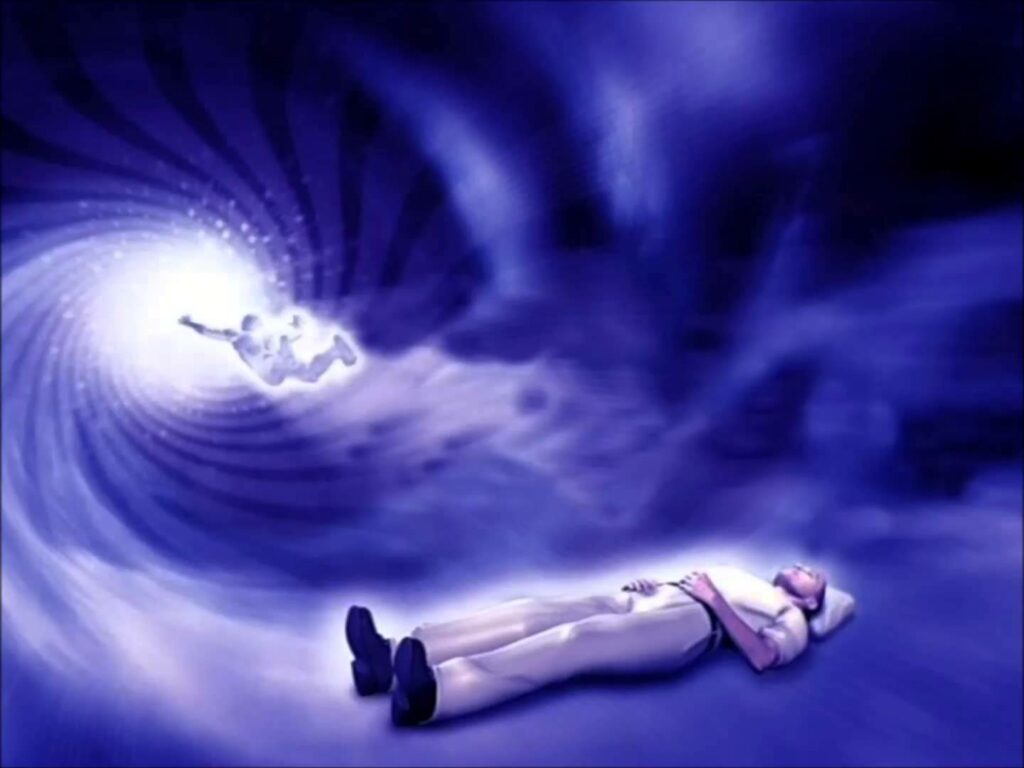 He wanted to share this experience with others. He tried to figure out how to teach others how to have an OBE. He intuitively felt that sound waves could stimulate an OBE.  Monroe’s research team created audiotapes with binaural beats at very low frequencies.

These lower frequencies cause the right and left hemispheres to become synchronized, and Monroe’s experiments showed this did indeed induce OBEs. This is also called brainwave entrainment. 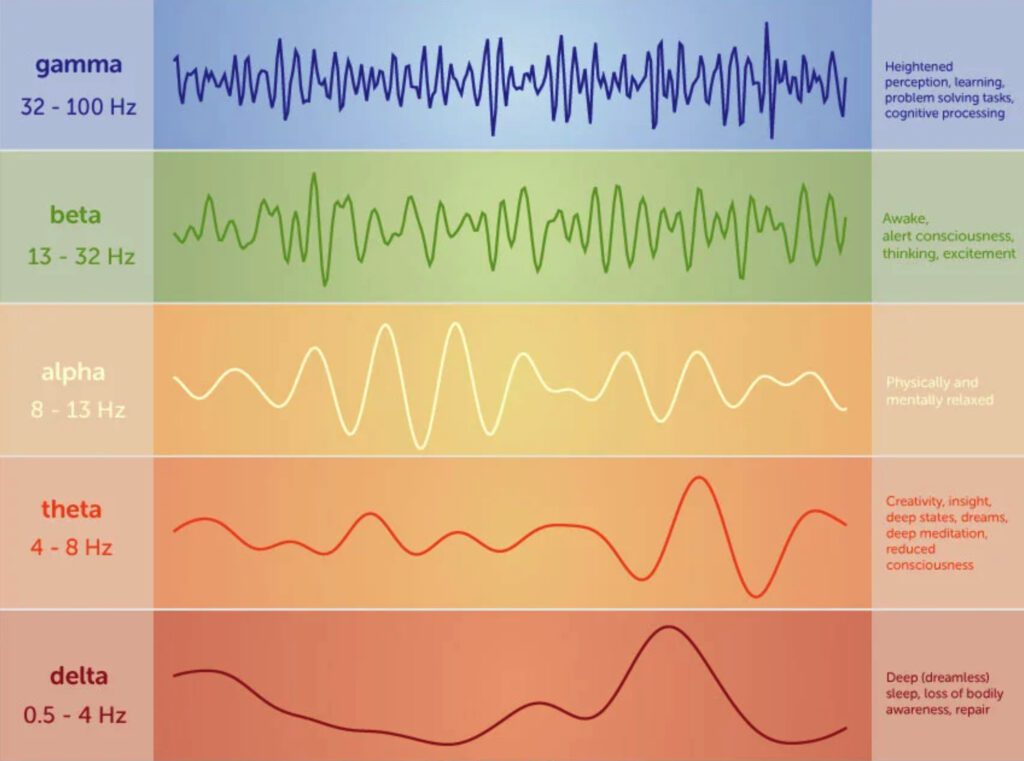 After publishing his results about soundwaves and OBEs, the CIA came calling. They asked Monroe to work in tandem and complement Project Stargate, a secret U.S. Army unit established in 1978 at Fort Meade, Maryland. Investigators at Project Stargate researched and conducted remote viewing, astral projection, and psychic abilities used for military applications and espionage.

Monroe spent over a decade working for the CIA to develop “The Gateway Process.” He applied theoretical physics to explain the characteristics of the time-space dimension. He theorized that expanded consciousness transcends time and space. Monroe also documented the biomedical effects of hypnosis, transcendental meditation, and biofeedback.

Hemi-sync is when both the left and right hemispheres of the brain are synchronized. Your brain has a left and a right hemisphere. The right side is where you get your creativity, imagination, and emotions. Your left side is very analytical and logical. It operates in a more binary method, on or off, yes or no, kind of like how a computer works. Hemi-sync is a state where you pretty much put your brain’s left side to sleep while keeping the right side active. This state will allow your mind to bypass the screening process that your left brain usually does.

How Hypnosis Accesses the Subconscious Mind 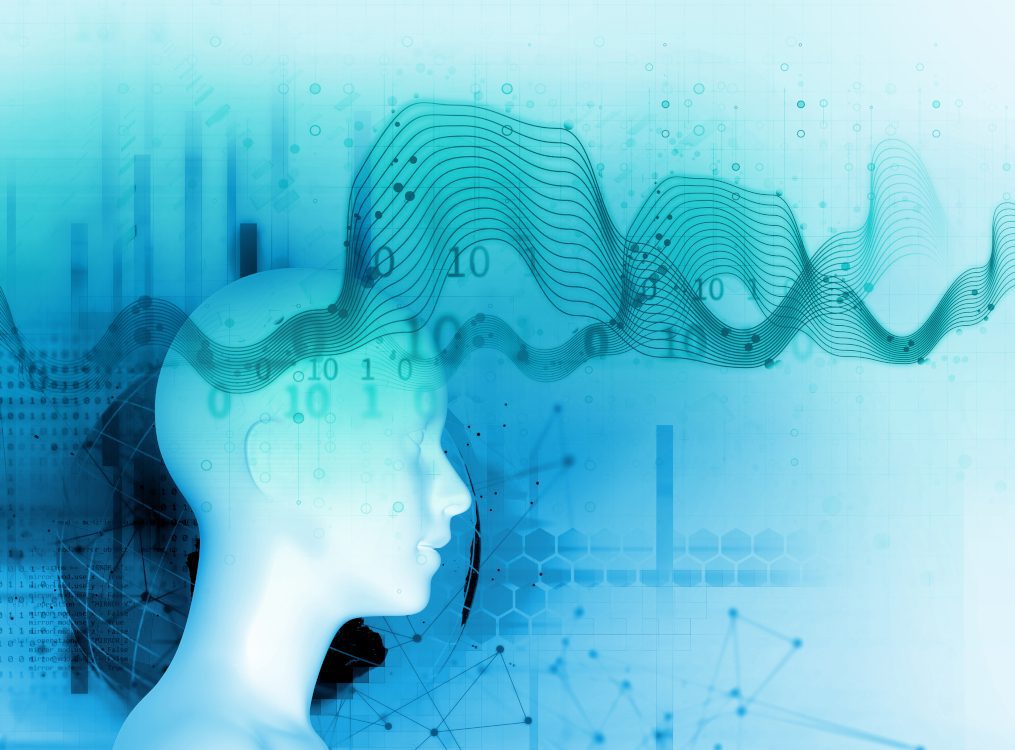 Hypnosis permits direct access to your subconscious mind, which is in your right hemisphere and disengages the left hemisphere.  When you achieve this harmony, it opens a doorway to allow you to go beyond yourself and tap into your full power.

You can access higher dimensions; you might even be able to access your past or future self. Your brainwaves affect the synching of your brain hemispheres.

When you calm your thoughts, you can access your alpha state and, even more deeply, your theta state. Deeper still, you reach the delta state. This state is usually only achieved by high-functioning meditators like monks and nuns. 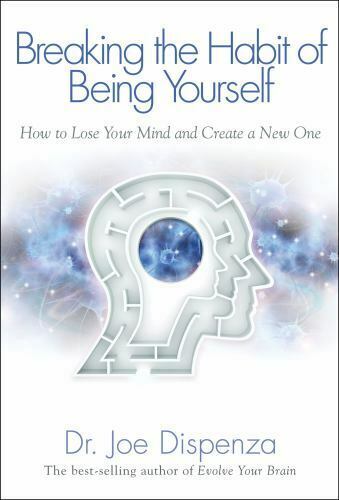 The book, Breaking the Habit of Being Yourself by Joe Dispenza goes into detail about how to achieve these lower brainwave states. We talk about his work in our blog post. Click here to learn more: Emotional Vibrational Frequency

Everything vibrates at a frequency. When you listen to binaural beats in stereo, one frequency is heard in one ear, and another frequency is heard in the other ear. Your brain harmonizes these frequencies to create a lower brain wave than your normal frequency, which helps you achieve theta and delta much faster. In the Gateway Process report, Monroe said that 4-7 hertz is the ideal frequency to produce an out-of-body experience. 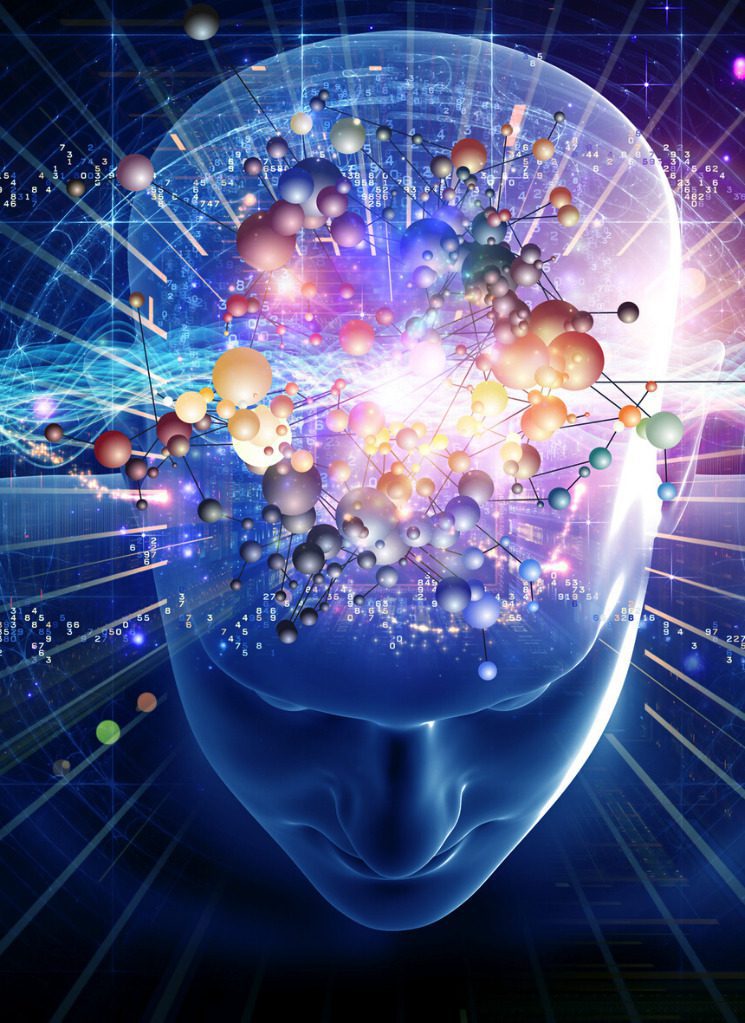 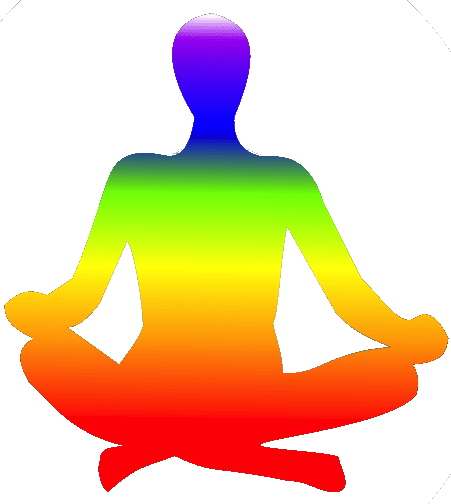 “Meditation has similar uses to hypnosis and binaural beats; however, it is an entirely different technique. Meditation is intense and protracted single-minded concentration on the process of drawing energy up the spine. This process ultimately results in the creation of acoustic standing waves in the cerebral ventricles. These waves are then conducted into the brain matter in the cerebral cortex on the right side of the brain.” —Bob Monroe

All is One and One is All

Quantum field theory (QFT) is the concept that the universe is an entanglement of energy waves. QFT was first theorized by Albert Einstein, Werner Heisenberg, and Max Planck. What we perceive as particles are excitations of the quantum field.

“The heart and brain are connected through the dura. The dura is the cushion between your brain and the spinal fluid.  When the heart and brain are vibrating at the same frequency, it produces an energy field that is so powerful that it covers the circumference of the earth, about 40,000 km. This frequency is so powerful that it can break through water, concrete, metal, any structure. When you raise your vibration, you are influencing the global magnetic charge of the entire earth.” — Bob Monroe 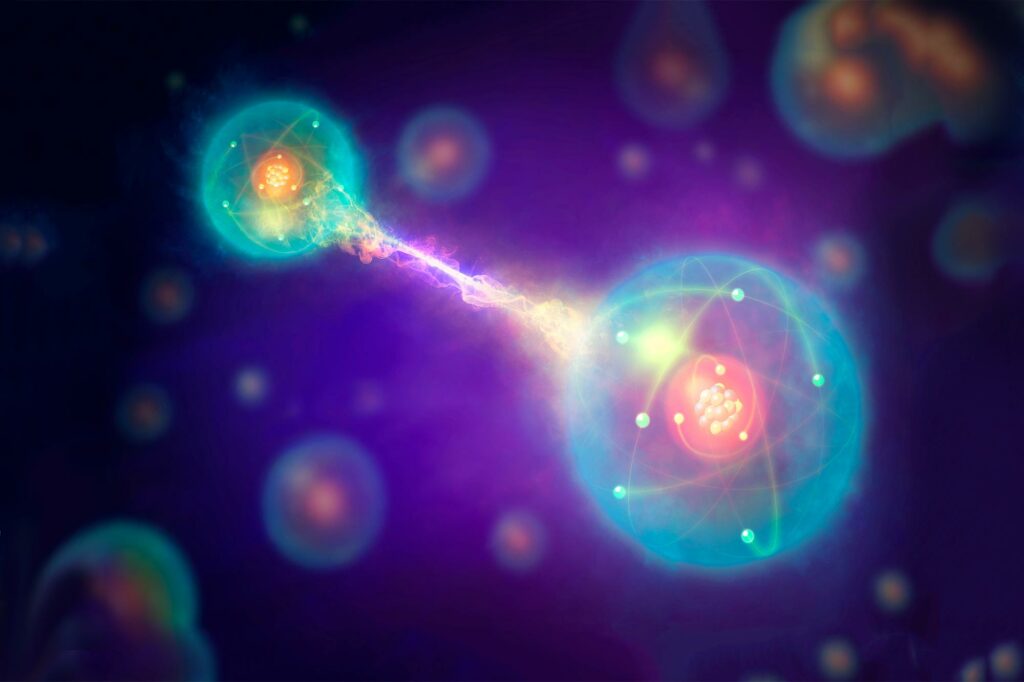 They took two related particles and separated them into two different locations.  They spun one particle, and instantly, the other one started to spin. They were communicating with each other! The two particles were in an entangled quantum state.

Read more about the quantum field theory in our blog post:  Quantum Physics and Consciousness

This blog post covers only a small part of this declassified CIA report. The report is massive. One curious feature of The Gateway Report is that it’s missing page 25. It’s a real cliffhanger because the last sentence on page 24:

“And, the eternal thought or concept of self which results from this self-consciousness serves the…”

This entire report is extraordinary because the U.S. government seems to be validating OBEs, psychic phenomena, expanding consciousness, etc. They spent over 20 million dollars looking into this stuff. In the past, these subjects were always invalidated and even ridiculed by official or scientific organizations.

This is a brave new world!

What Happens When We Die?

Are Near Death-Experiences Proof of the Afterlife?